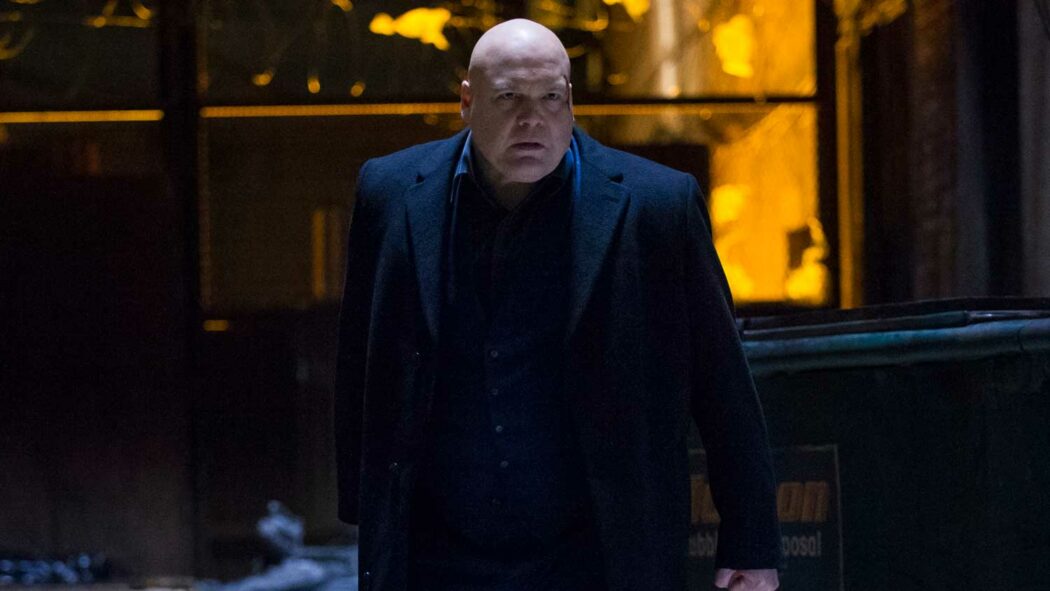 Vincent D’Onofrio Reacts To ‘Leaked’ Image Of Kingpin In Hawkeye

Vincent D’Onofrio has reacted to the recently ‘leaked’ image of Kingpin in an upcoming episode of the new Disney Plus Marvel show, Hawkeye.

Check out what D’Onofrio had to say when someone asked him on Twitter whether he was the person in the ‘leaked’ image.

Well it's a really bad job from someone trying to make it look like me. This guy in the pic is more handsome I think.

Well it’s a really bad job from someone trying to make it look like me. This guy in the pic is more handsome I think.

This image is supposedly a pre-res version of the shot in which Kingpin is supposed to be popping up in.

It’s been rumoured for quite some time that Kingpin is going to be turning up in this show.

However, D’Onofrio hasn’t revealed whether he’s going to be in the show or not.

There have been rumours that a CGI version of the character’s going to be turning up.

The rumour suggests that this CGI Kingpin is going to be very, very fat and comic book accurate.

I really hope this doesn’t end up being the case.

D’Onofrio looks and is perfect for the role. We know that already thanks to the Netflix Daredevil show.

Why make a CGI version of the character when you have an actor who’s played the role before, was brilliant in it, and wants to play the character again.

It just makes no sense to me.

Are you looking forward to watching the next episode of Hawkeye?

And, do you believe that Kingpin is going to be turning up in the show?