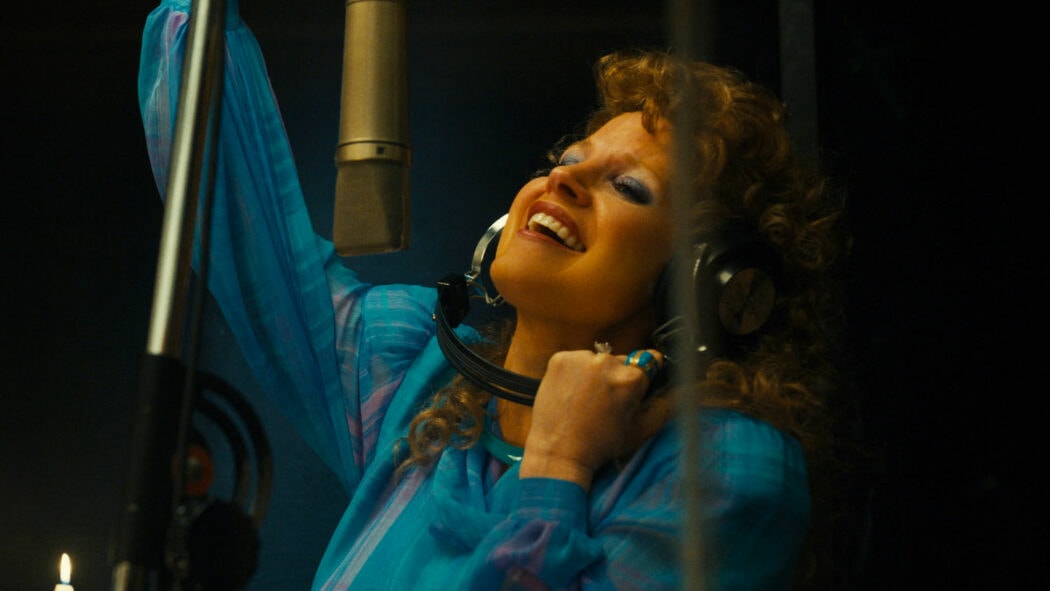 The Eyes Of Tammy Faye Review

Tammy Faye Bakker, later Messner, is a fascinating figure in American pop culture. The evangelical singer became a divisive figure in The US, but was beloved by the LGBTQ+ community and those fascinated by her eccentric public persona.

She passed away in 2007, but her adventurous life is now the subject of award hopeful The Eyes of Tammy Faye starring Jessica Chastain in the lead role. Based on the documentary of the same name, we follow her meeting with preacher Jim Bakker (Andrew Garfield), with the two falling in love thanks to their shared views on religion, which were somewhat more liberal than the evangelical community. Building a TV network empire together, Jim would be the face of the brand while Tammy Faye would sing and dazzle viewers with her bright outfits and vivid makeup. However, Jim’s secret embezzlement and private activities threaten to bring their privileged world crashing down.

If you substitute elicit drugs for compulsive purchasing, there are parallels between the film directed by Michael Showalter (The Big Sick) and Martin Scorsese’s The Wolf of Wall Street. Both feature a world of excess and power, albeit different areas, and both take a non-judgemental tone with their subjects. The Bakker’s would eventually become public pariahs for using donations to fund their own enterprises, but the film never portrays Tammy Faye as anything more than a far-too-trusting partner to Jim’s activities.

On one hand, it’s a very eloquent case for her achievements, climbing to the very top of the American Dream based on little more than a knowledge of scripture and giant eyelashes. Key to this defence, and her popularity with the Queer community, is her compassion for those suffering in the middle of the HIV/AIDs epidemic. A scene where she interviews a man suffering with the disease (Randy Havens) is based on real life and a strong argument for the bejewelled singer being ahead of her time, and more of an example of Christian ideals than her Fire and Brimstone contemporaries.

Jessica Chastain is wonderful in The Eyes Of Tammy Faye 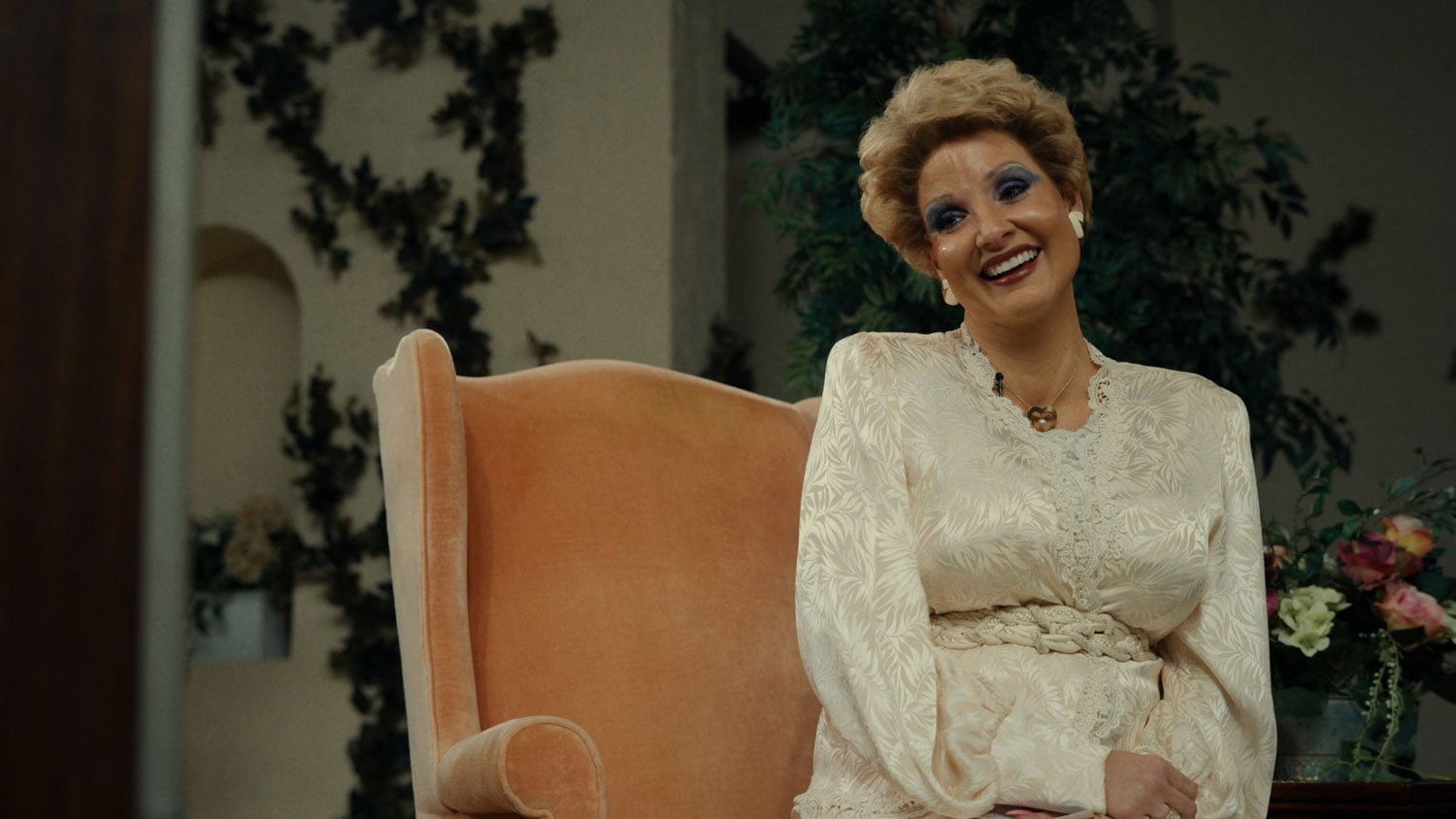 This is helped by a wonderful lead performance from Chastain, who transforms herself for most of the film. With her lurid outfits and squeaky Minnesota accent, there’s a gleeful sincerity to her that makes you believe the notion that Tammy Faye was simply too trusting. Equally impressive is Andrew Garfield, currently on a career high thanks to the buzz around Tick, Tick…Boom and his blockbuster endeavours. Just as charming but less sincere, we see a man whose lust for power forces him to reach beyond his means, and become overwhelmed by his secret deals. After his initial run as Spider-man, Garfield has made a point of playing characters who stray from the accepted norm, for good reasons or bad, and this is another fine example.

What the film lacks is the ability to cast a more critical eye on its subject. Tammy Faye’s innocence never seems to be in doubt, and while we see her stray from her marriage with musician Gary (Mark Wystrach), her indiscretion is explained away in detail as part of her and Jim’s separation.  Less debated is Jim’s behaviour, both in terms of the fraud and an assault accusation that comes in the third act. A quick internet search reveals the incident was far more serious than the film implies, which makes you question what other edges have been soften to deliver a sympathetic portrait of Tammy Faye.

Still, this is hardly the first biopic to play fast and loose with reality. Taken on its own merits, The Eyes of Tammy Faye is a fascinating rise and fall story with two magnetic leads (Vincent D’Onofrio is also spectacular as Jerry Falwell, a big figure in the evangelical world). If this lands Chastain her long-deserved Best Actress Oscar, we certainly wouldn’t complain.

The Eyes of Tammy Faye is in UK cinemas right now.