The Best Shark Movies To Watch That Are Not Jaws

If you asked anybody to name a great shark movie, they are most likely going to say Stephen Spielberg’s 1975 summer blockbuster, Jaws.

Now Jaws is an absolute classic and it is certainly the greatest shark film of all time, period.

But, there are also some other great shark films that exist that seem to get overlooked, and no, I’m not just talking about Jaws 2.

Here are five movies that are definitely worth checking out if you love sharks.

It may take a little while for this one to get going, but once the action starts, it will keep you on the edge of your seat.

A group of five friends capsize whilst travelling to Indonesia, leaving them stranded in the middle of the Indian Ocean.

In theory, there is an island nearby, and four of the friends decide that they will try and swim to it, leaving one of them staying with the boat.

The majority of the narrative follows the four friends as they safely try to swim to this island, but whilst they are on their journey they begin to get hunted by a vicious great white shark.

There are some really intense moments, and quite a few jumps too that even give horror films a run for their money.

Let’s just say, that these four friends probably wished that they just stayed on the boat and waited for possible help to come.

A thrilling survival film directed by Jaume Collet-Sera that follows the story of Nancy, a young student who goes out surfing in the seas of Mexico, but whilst she’s out on her surf, she gets attacked by a great white.

After fighting the shark off, Nancy is able to get to safety as she climbs onto a rock, but the problem is that she is now left stranded, 200-feet away from shore.

Also, to make things even worse, because the shark has already had a taste of her, it wants more and it begins to circle around the rock waiting patiently for the perfect moment to strike next.

The Shallows is quite a tight film, that contains a brilliant performance from Blake Lively, as she desperately tries to find a way to get back to shore, in one piece.

It’s a very intense survival film that contains several moments where you literally cannot take your eyes off of the screen. 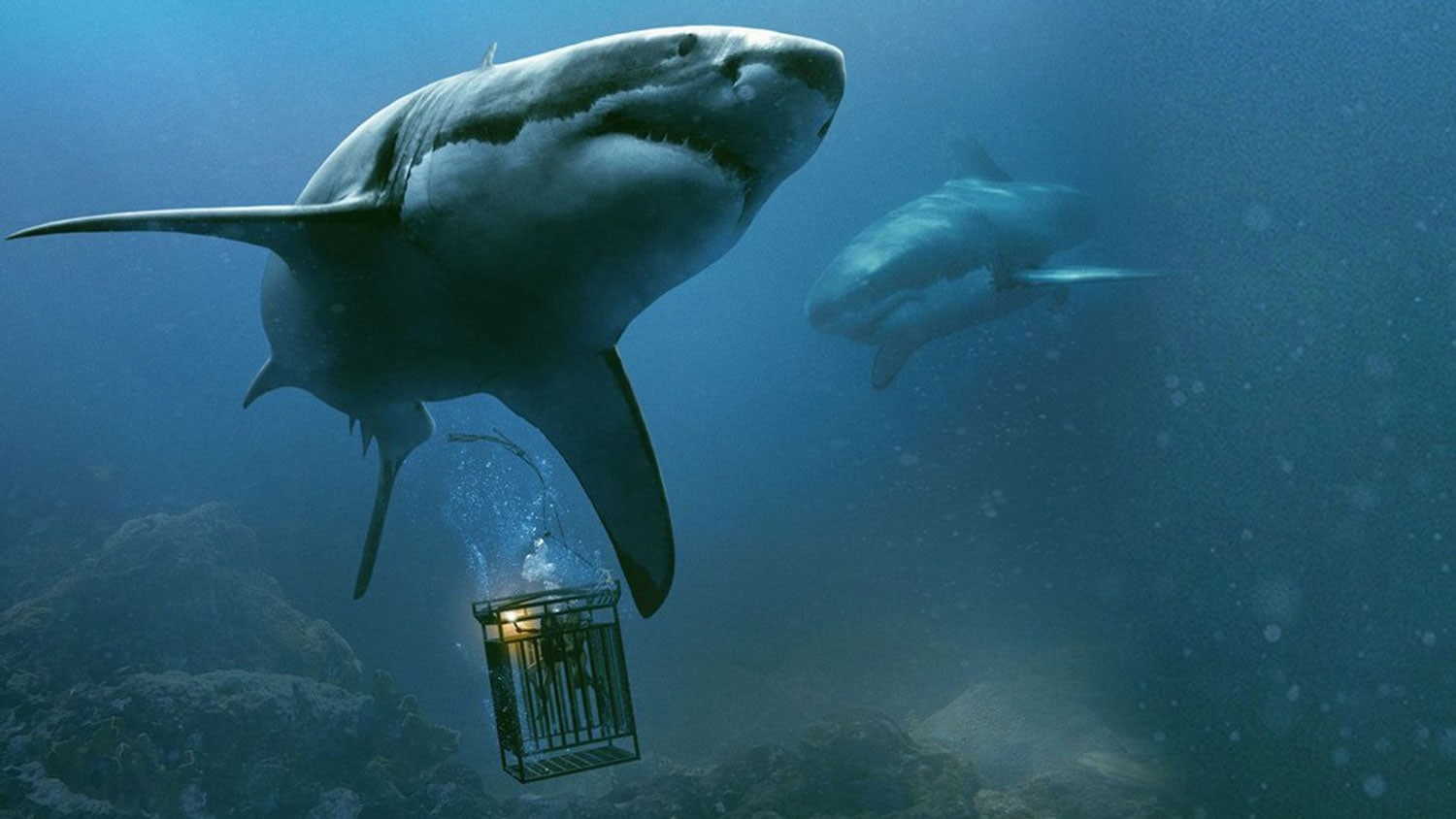 If you have ever wanted to try cage diving, then perhaps you should watch this movie and see afterwards whether you still fancy trying it one day.

The film has a pretty simple narrative, two sisters volunteer to journey below down the ocean’s surface inside a steel cage, just off the coast of Mexico.

It all begins really well, when all of a sudden the wire that is lowering them down happens to snap, which then leaves the two sisters stuck and stranded, 47 metres down in the deep and dark trenches of the ocean.

And just when they didn’t think things could get any worse, the sisters discover that they are also being surrounded by a legion of great white sharks.

Time is heavily ticking as surely there is only so long these two girls could potentially survive, especially as their oxygen supply begins to run low pretty quickly.

Even though this is a shark movie, there is more to this film than just sharks.

It’s about survival and witnessing what people are willing to do to try and find a way out of what seems like a near-impossible task.

There are plenty of intense moments and stellar performances in this one. 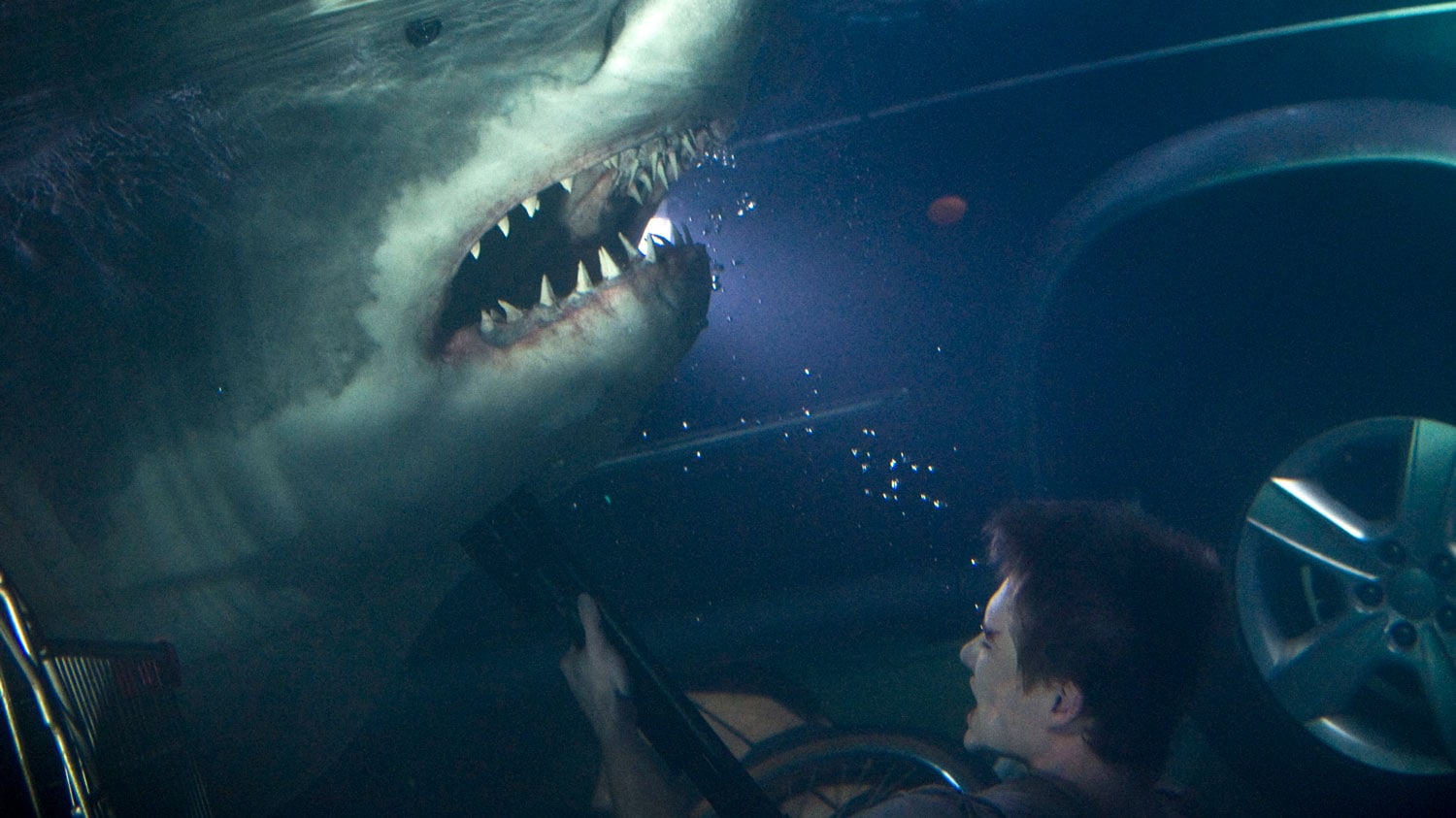 Definitely the most farfetched film that is going to feature on this list, however, that does not stop Bait from being a very fun and enjoyable shark film that contains a good mix of action, suspense and even a bit of comedy too.

It’s also a very unique shark film too, as it’s not set in a small beach town, or out in the middle of the ocean.

After a freak tsunami takes place in Australia, that ends up trapping a large group of shoppers inside a huge supermarket, the shoppers soon begin to realise that they are not alone, as they have to deal with an extremely unwanted visitor – a massive 12-foot great white shark.

There are plenty of thrills in Bait, along with some pretty neat CGI too.

The story may seem a little ridiculous and you might not be able to take it as seriously as you would with most shark films, but there is enough action and memorable moments that make this worth a watch.

Related: A New Alien Ridley Scott Movie In The Works – Not Related To His Prequels

Made on such a small budget that at a first glance, makes it look like this film is just a collection of found footage, Open Water however manages to create a scary and at times, almost terrifying experience that proves that big money is not always needed to create great films.

The film was actually inspired by the true story of how two tourists went missing after their diving boat accidentally left them behind.

Open Water is an imagined take on that story, that showcases a married couple that is left floating out in the middle of the ocean, with nothing but a knife and a few light snacks on them to help see them through whilst they wait patiently for help to come their way.

However, as the sky begins to darken, a group of sharks begin to draw closer and closer towards the couple.

What makes Open Water work really well is that the entire story is so believable, and it was also filmed out in the ocean with real sharks too, which ultimately adds more realism to the story.

After watching this one, you might never want to go into the ocean ever again.

What other shark films are worth a watch?

Let us know in the comments.