Sweet Tooth Season 1 Episode 6 carries on after the events of episode 5.

Gus, Tommy and Bear finally make the train to Colorado, while Aditya and Rani make a deal with General Abbot that they may later come to regret. 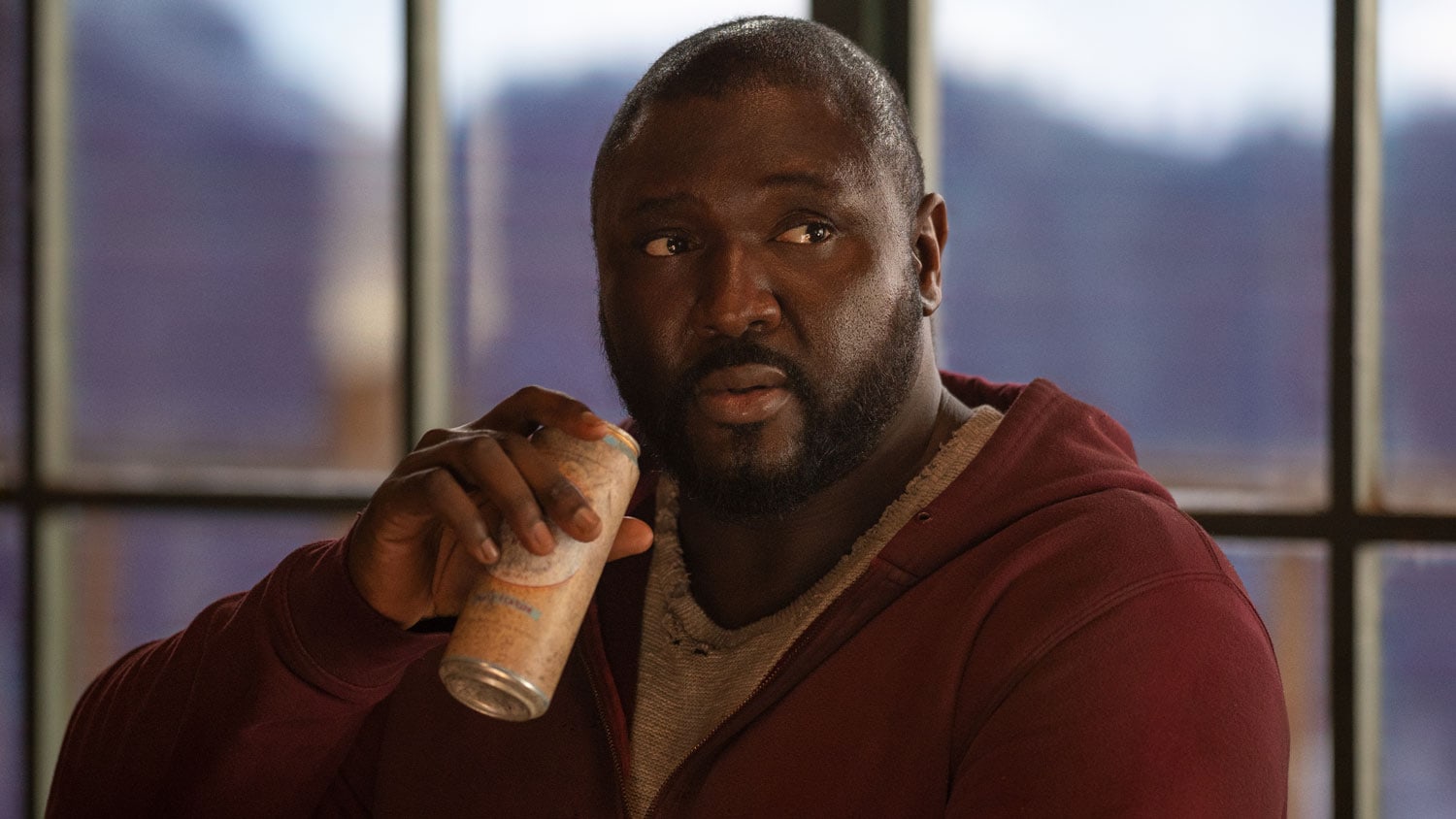 In this episode of Sweet Tooth (Episode 6), we finally get a better insight into Tommy (Nonso Anozie) and his past.

Tommy is forced to his face his old days in American Football to get onto the train and meets a face from the past.

We also learn that Tommy did have a family but now they are gone, we still don’t know what happened to them.

We can assume it was the illness that took them but could Tommy and the Last Men be the cause?

I hope we get to find out more about what happened to them in the remaining episodes as I think it will provide a better understanding of Tommy’s history.

Tommy, Gus (Christian Convery) and Bear (Stefania LaVie Owen) make it onto the train for Colorado but unfortunately, the train is full of Last Men.

Gus loses dog and panic so our team go in hunt for him, until they stumble upon Jimmy (Suli Moa).

Tommy and Jimmy use to play on the same American football team.

It was nice to see all this history surrounding Tommy and it shows how much of a broken man he is.

He has done things that he really isn’t happy about and lost people he didn’t want to lose.

Nonso Anozie performance is always strong as the tough guy, but seeing his character start to break that tough shell and show some real emotion was great to watch and really engaging.

I also think that it is important to note how much Tommy has changed since being with Gus; he really cares for him thus Gus has brought out a better side to the Big Man.

The past couple of episodes have felt quite repetitive in certain elements for Gus yet Aditya’s story has felt like it has all the real action going on.

In the previous episode, we left the Singh’s about to be burnt to death in their home but luckily General Abbot (Neil Sandiland) appears.

In Sweet Tooth Episode 6 we really get to see what kind of character Abbot is but, Rani (Aliza Vellani) and Aditya put themselves into more of a dangerous situation than they already were in.

Aditya makes a promise, that at the moment he defiantly can’t keep, so it is exciting to see how he will get out of this one.

Will he actually be able to find a cure or has Aditya made a drastic mistake?

From trailers and sneak peeks, it looks like things are going to get a lot tougher for this character.

I really enjoy the dynamic between Adeel Akhtar and Aliza Vellani, they truly feel like a married couple.

However, what I really like is that it appears that Rani is the who is in charge out of the couple.

She is the stronger character and more head-strong while Aditya is a worrier and is constantly fretting about being caught.

The pressure is increasing with this couple as they get themselves further into trouble and now; they are in the wrong company.

It does come across as if their story and plot has been thought about a lot more and is really moving.

While it feels as if Gus’s story is taking its time to get going and the pace is a lot slower.

THE PRESERVE IS IN DANGER

This episode of Sweet Tooth is all about how no one is really safe because unfortunately, the Preserve is no longer safe too.

Aimee’s (Dania Ramirez) home, her daughter and all the saved hybrids are in danger as the Last Men have found their home and are stalking it.

I kind of expected the Last Men to try and break into the Preserve in this episode, but instead, they just stood outside as if waiting for something to happen or someone which made the whole situation quite intense.

Aimee sends the hybrids off to somewhere new but she stays behind with shotgun in hand.

I’m intrigued to know what is going to happen because Aimee and the hybrids have been split up.

This raises the question of will the hybrids get to safety and will Aimee survive the Last Men and will Wendy and Aimee ever reunite.

Episode 6 has a lot of plot progression for everyone finally.

Gus has finally made his way to Colorado and the animosity between Tommy and Bear seems to be drifting away.

I’m looking forward to Gus to really take control of his story as he searches for Birdie.

However, I am curious to see what Aditya will do because it is very clear you don’t want to get on the wrong side of General Abbot.

This episode is good as we get to learn some history about Tommy.

Sweet Tooth Episode 6 really shows us how dangerous this world is and how all these characters have already lost so much.

I’m looking forward to seeing how these stories may interlink and to see more of General Abbot.