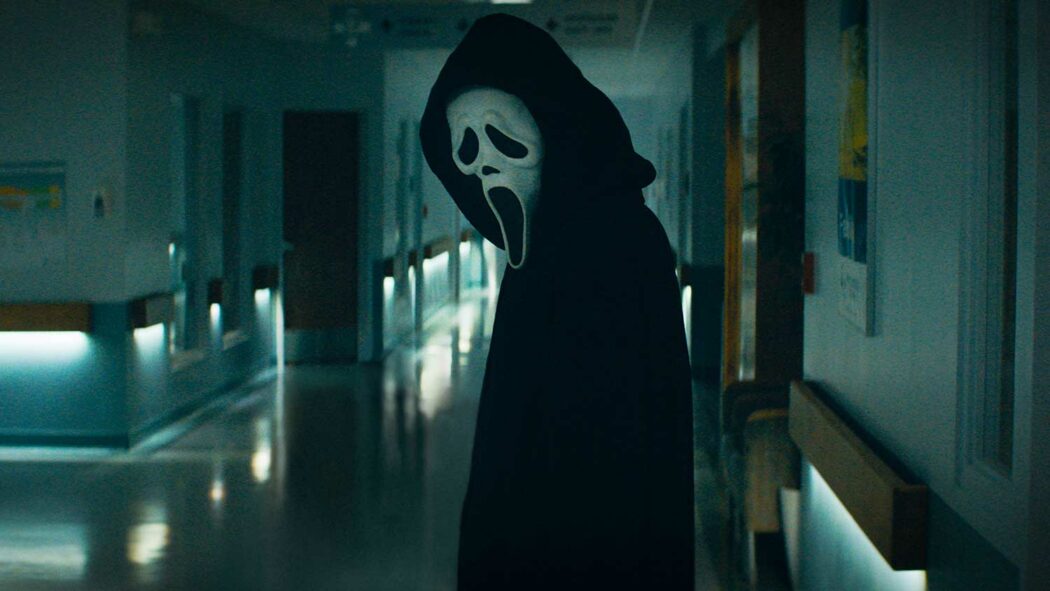 After a quiet few weeks at the UK box office outside of the dominance of Spider-Man: No Way Home (which continues to dominate with another £3.2m) 18-rated Scream jumps into second place.

For an 18-rated film, that is the 5th inline from the original film which debuted almost 25 years ago this is a fantastic result.

Taking £2.5m across the weekend, the Paramount Pictures release is already the highest 18 rated release since the Pandemic era began in March 2020.

Paramount are in or should be a strong year with the Tom Cruise vehicles Top Gun: Maverick, Mission Impossible 7 also due to release.

Along with Jackass Forever and Sonic The Hedgehog 2 and the studio must be happy with the start to 2022 it’s made so far after a poor end to 2021.

The budget rumoured for Scream is around $25-30m so it’s already made its budget back and heading into a profitable area for its second weekend.

The King’s Man from Disney hung onto 3rd place (without really much competition) with an extra £600k this weekend, for a total of £6.5m so far which has to be disappointing for the studio in its 3rd week,

Surprisingly Clifford: The Big Red Dog comes next with another £500k across sites and it now sits on £8m after 6 weeks released, and will surely see a huge reduction on the 28th when Sing 2 releases.

Looking worldwide, The Matrix Resurrections finally dawned in China topping the box office with £5.4m ($7.5m), which added to another worldwide gross at the weekend of £8.1m ($11.1m).

For it to be classed as a success, it will had to have had a huge drive or subscription renewal for HBO Max in the US as its domestic total is not going to do that.

Will Scream continue with good results?