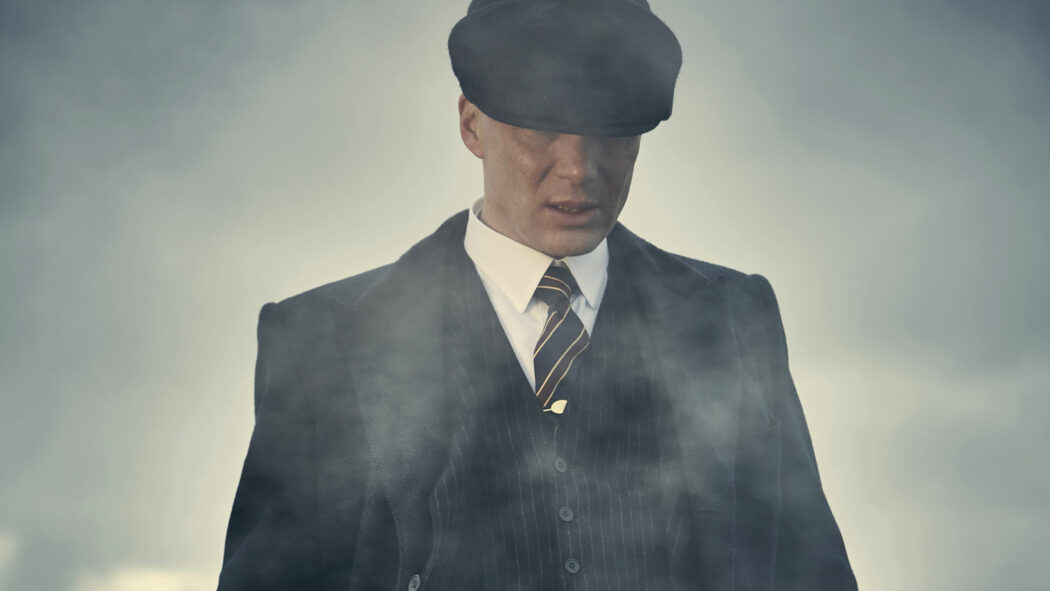 Peaky Blinders’ final season, Season 6, has started airing on the BBC in the UK, and here is our FULL SPOILERS review of Episode 1, called Black Day.

How many years did we have to wait, in the end? And was it all worth it in the end? And what would series creator Steven Knight do, in response to the death of the iconic Helen McCroy? Peaky Blinders was back with a bang on Sunday evening at long last, owing to several pandemic delays.

Cryptic statements across the official Instagram page of the hit BBC show had also created something of a frenzy to unlock further content, almost like in the run up to the last series of Line Of Duty.

But was it worth it in the end? 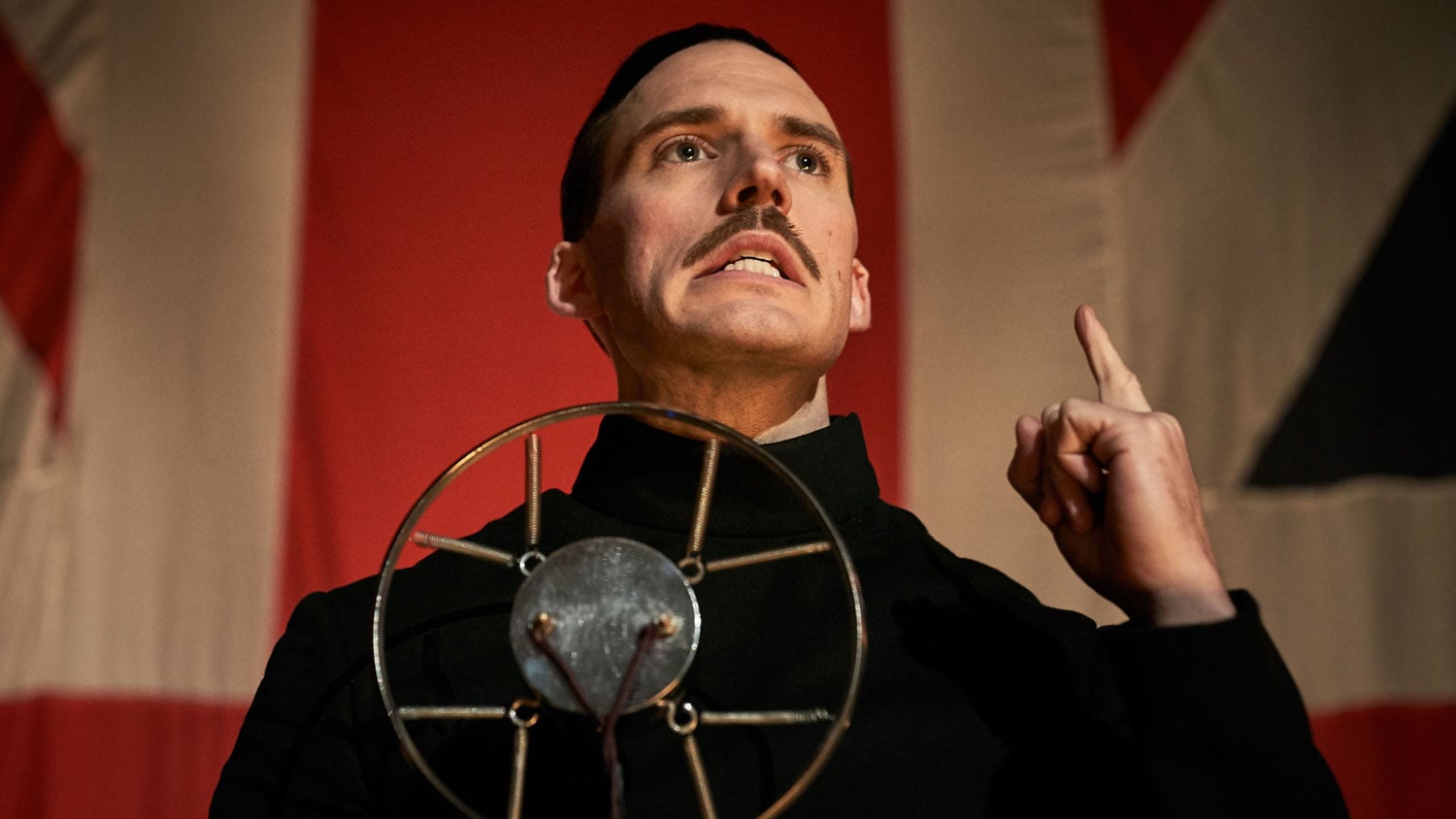 This is kind if like a follow on to the last series – or should have been, anyway. The last series saw the Shelby clan hatch a plot to kill Oswald Moseley, and that went horribly wrong.

They’d even broken a man they had known in another life out of what was then known as an Insane Asylum, owing to his skills as a Sniper that were utilised during the first world war. Many of the Shelby clan were taken out – including Aunt Polly, played by one iconic Helen McCroy, Aberama Gold, and others.

The explanation for this is way too brief, and does not make a lot of sense. Still experiencing visions, Tommy Shelby returns home and leaves to shoot himself in the head – yet his older brother removed the bullets. His current wife, Lizzie, has had enough of this; he returns to his study, receiving a mysterious phone call from a woman and her associates who effectively claim responsibility.

But who is she, why did she intervene, and what was the underhand ‘deal’ that was at play here? The explanation is unsatisfying – and there are too many gaps left in this episode, potentially owing to having to be reshot due to the pandemic. They however did right by Helen McCroy – this episode was dedicated to her, and the right, respectful, even sombre tone was cast from the get go.

What’s Up With The Dreaming In Peaky Blinders Season 6 Episode 1? 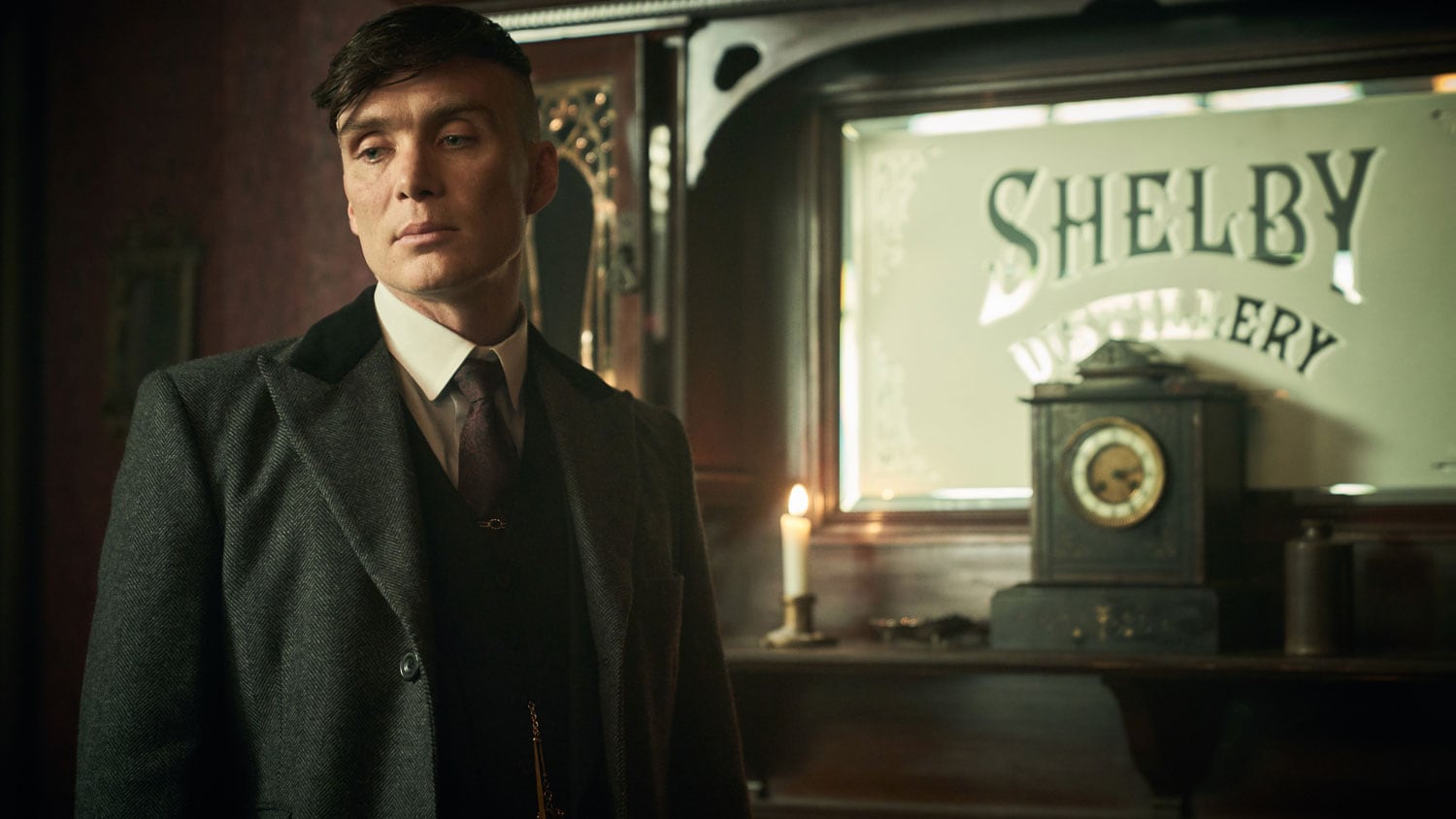 There is a perhaps slightly creepy note struck in this episode, possibly as a throwaway to earlier episodes of the hit BBC series. Tommy and Lizzie have a daughter, Ruby; Charlie, his son, is the product of the relationship with his first wife, Grace, who was assassinated.

Lizzie is not happy; she and the other Shelby women had gotten together, almost to create a feminist alliance within the gang of their own making. As an example, Linda had been hell bent on divorcing Arthur Shelby, the oldest of the Shelby brothers, owing to his multiple alcoholic lapses and not abiding by her strict, Christian standards.

Anyway, Lizzie is supposed to take the children to the other side of the world by ship, in order to join ‘Daddy’, in support of whatever deal he is creating – which is not exactly clear or explicit enough in this episode.

Ruby falls sick, with something that is more than just a little cold – whatever it is is not specified, however there is a fever associated with that. She begins to mumble words, seeing things in her dreams – which we know Tommy Shelby has also done on previous occasions.

There is something about this that really causes consternation – and we know from previous episodes that particular images have the ability to predict death, bad things that may occur later, etc.

What is up with this? And why did is cause a huge amount of consternation across international phone lines?

Who Is Jack Nelson? And Praise Be Anya Taylor Joy 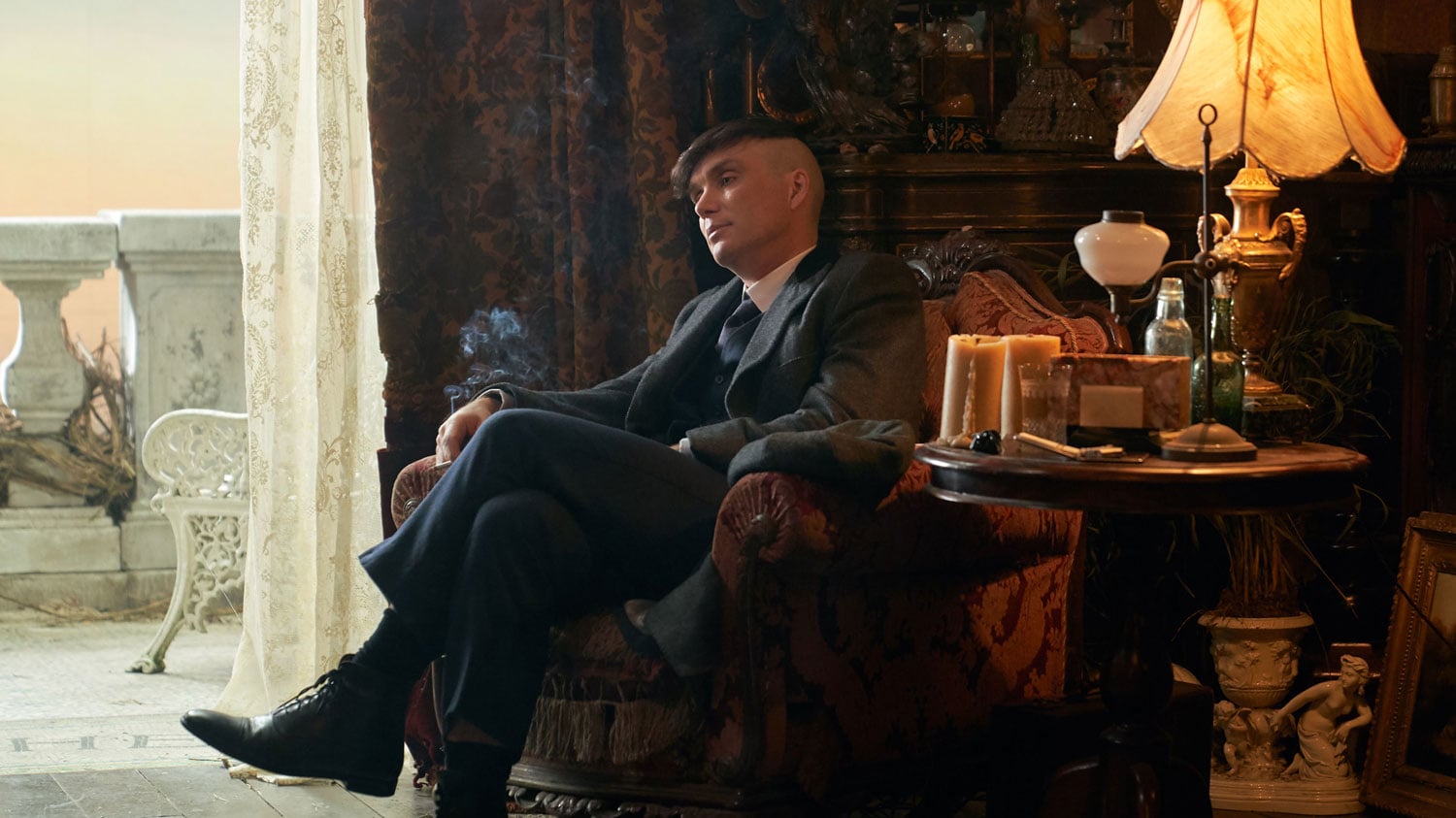 Praise be for actress of the moment, Anya Taylor Joy. The British Argentinian star has been everywhere recently – such as in Working Title’s very dark Last Night In Soho – and this is no exception. Playing one Gina Gray, she is the niece of one mysterious and elusive Jack Nelson.

The wannabe gangster Michael Gray is outmanoeuvred and removed to prison for a short stay, in what is quite a satisfying way to begin the series – let’s be honest, the upstart cousin was always a little bit annoying – but it leaves an important question.

Just who on Earth is the mysterious Jack Nelson. It is unlikely to be Stephen Graham – as Nelson is most likely to be an American. The Shelby family want to export Opium, having made  something of an alliance with the Chinese gang on their own doorstep; they’d just reuse the cargo routes that previously was used for their illegal alcohol that was exported to the States.

The power dynamics between Tommy Shelby and Gina Gray make for really interesting, and quite dramatic scenes. Each is implying to the other that they are too naive for this universe, that they are each and both out of their depth – and the constant trying to predict each other’s next move is somewhat amusing.

Mind you, it would help if there was less alcohol around – Tommy no longer drinks, whereas Gina comes off as being a bit unhinged at times, as well as potentially being under the influence at times.

With one Michael Gray strung up in a prison cell and his glamorous, American wife being relocated back to the UK, the stage is at last set for whatever the Hell comes next. What, then? The implication from Cillian Murphy’s character was to ‘have’ Michael’s wife – which would have infuriated anyone.

What Next For Peaky Blinders? 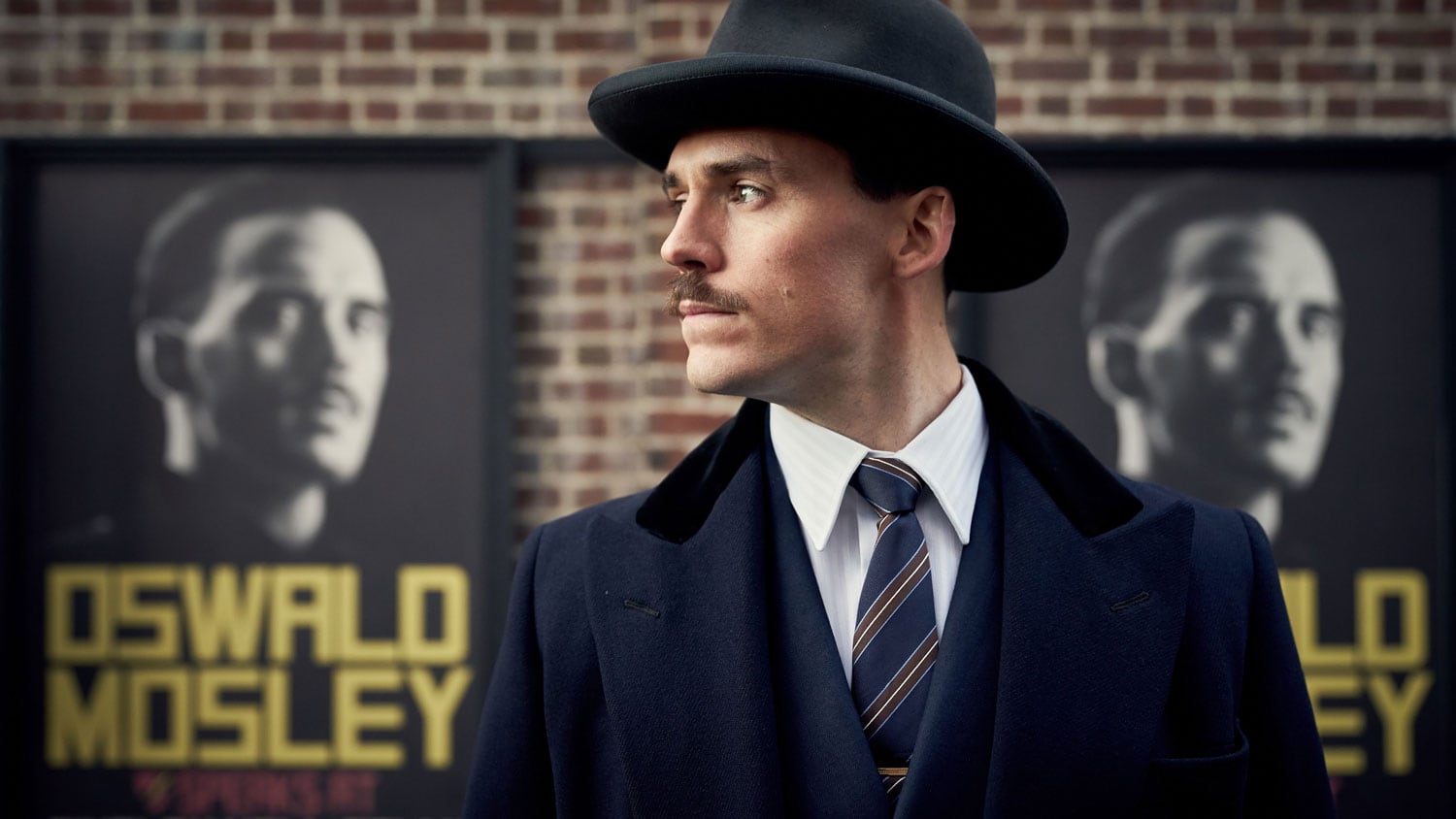 We know that Stephen Graham is involved in this series of Peaky Blinders, but his role has been somewhat unspecified.

What happens next is not entirely clear, either; this episode was more fire than fireworks, anti-climatic in dropping us back in on the action, but with a few gaps missed that made the episode sometimes frustrating to watch.

A lot has been left unexplained as well, too.

What’s next for this final season of Peaky Blinders? This feels a bit…. lacking, which may well have been a consequence of the pandemic, maybe. It was more fizzle than anything else, sadly.

What did you make of Peaky Blinders Season 6 Episode 1?