Netflix’s Lupin Does More For Racial Diversity Than Bridgerton 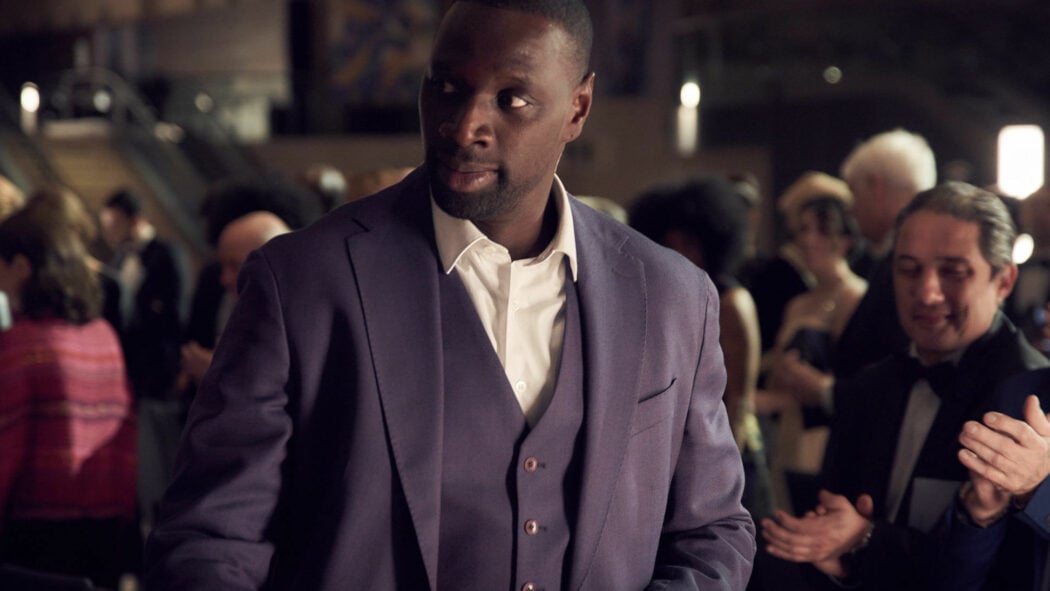 In the Anglophone world, Netflix’s series Lupin is like Sherlock meets Money Heist meets Luther. In a gritty Parisian underbelly, we find Assane Diop (Omar Sy) who makes his way through blue-collar jobs in white-collar establishments. But everything changes when he plans a heist to avenge his father, who was framed by the aristocratic Pellegrini family, leading to his suicide.

Lupin is not just the most successful French title on Netflix, but the most successful non-English title as well, surpassing other successes such as Money Heist and Cable Girls. The viewership and positive reception mean that it’s finding itself next-door to Bridgerton in terms of success. Like Bridgerton, Lupin has been commended for its diversity, with Omar Sy having now established himself as a masterfully versatile lead.

However, Lupin’s diversity is much more substantial than that of Bridgerton. Assane Diop’s ethnicity and class are not inconsequential to the story. The injustice inflicted on Assane’s father, Babakar Diop (Fargass Assandé), the chauffeur of the Pellegrini family was able to happen due to the combination of their race and class, whereas Bridgerton’s plot would be the exact same no matter the diversity of the characters because they are all acting out the same regency social season role. I’m aware that it serves different purposes in these programmes, but Lupin could not have been as successful with slapdash diversity.

A small fish in a prejudiced pond

Read more: When Will Lupin Season 2 Be Released On Netflix?

Assane and his father came to Paris from Senegal for a better life and are met with prejudice and hostility from the Pellegrini household. This treatment ranged from obnoxious stereotypical questions like “is it true black people can’t swim?” to Mrs. Pellegrini’s initial fear of Babakar knocking on her car window to find that he is her new chauffeur. These prejudices and stereotypes amalgamate until Babakar’s blackness and social class is exploited to cover up an elaborate ruse to fraudulently claim insurance money.

I love that the ignorance of the Pellegrini women is not so easily forgiven with glassy eyes and the pleading of ignorance. When I saw Juliette Pellegrini (Clotilde Hesme) gracefully gliding down the staircase at the auction in the Louvre, followed by a nostalgic flashback in Assane’s childhood, my main fear was that this would become an ‘enemies to lovers’ storyline. But the tears of Juliette and Anne Pellegrini (Nicole Garcia) were not enough to wash away Babakar’s suicide, nor the profit made from it by the archaic patriarch, Hubert Pellegrini (Hervé Pierre).

Assane’s savviness on the street, ability to blend into any background and assert any authority are inspired by the book his father left him, one of Maurice Leblanc’s Arséne Lupin novels. Inspired by this whimsy, fantastically French gentleman robber, Assane adopts his style in his own endeavours and looks painfully cool doing it. We are not encouraged to furrow our brows and lament the glorification of crime with Assane; we root for his vigilante justice and applaud his suave demeanour in the most intense situations.

When the cats are away, the mice do play 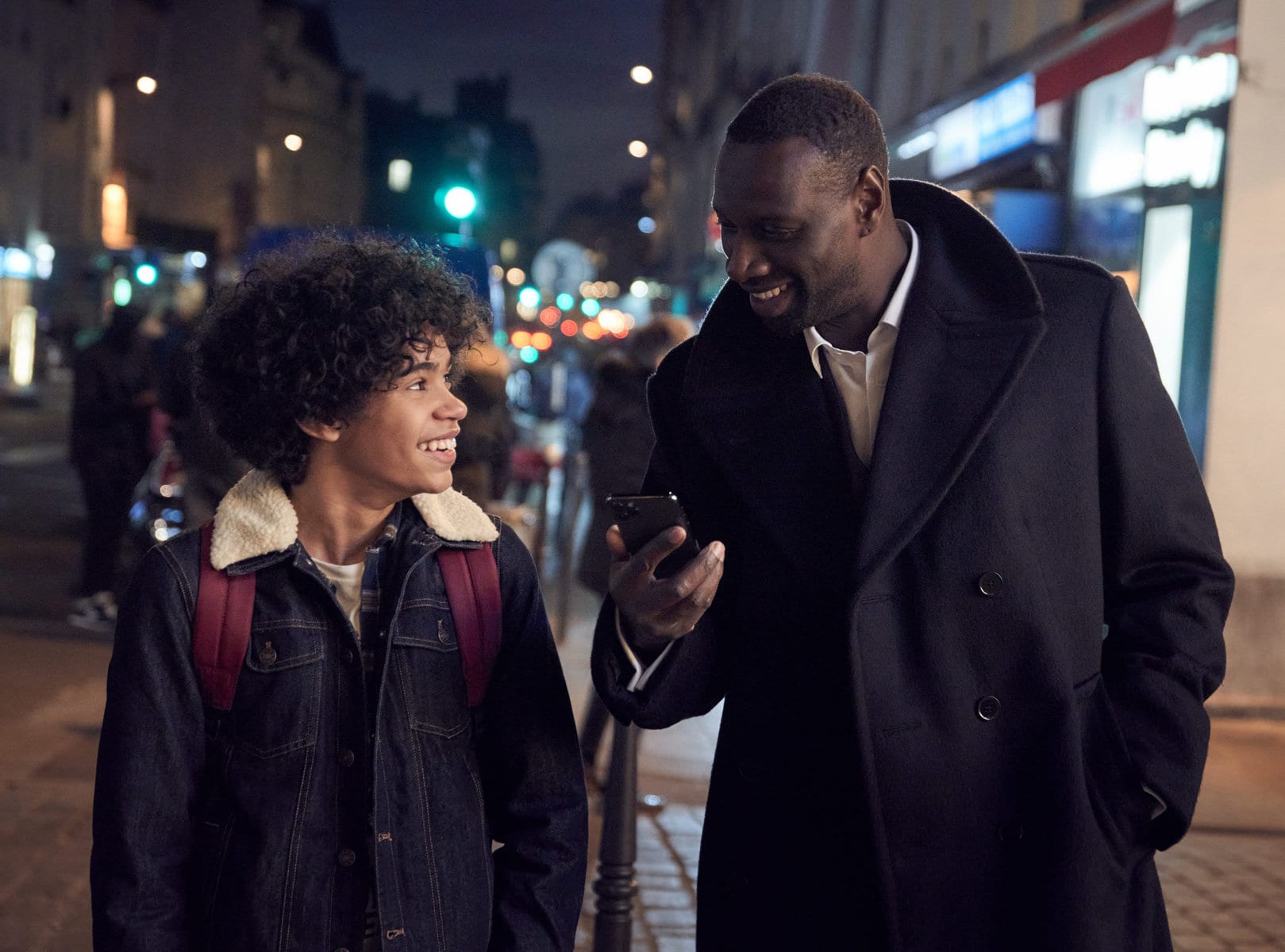 The class aspect of Lupin is also fascinating, and it arguably facilitates the heist that kicks off the series in the first place. Assane is a cleaner at none other than the Louvre, cleaning the floors while gazing at the Mona Lisa without the suffocating crowds of tourists, I think that scene as a nice touch that shouldn’t be overlooked.

Assane takes advantage of the fact that the surveillance of the cleaners is flimsier than that of the multimillionaires that attend the auction, therefore is able to smuggle in his accomplices, weapons, and smuggle the obscenely valuable necklace out of the museum the next day. He is aware that he is largely overlooked and ignored in his job which is exactly what allows him the wiggle room to pull of a remarkably ingenious crime.

The intersection between race and class in Lupin is interestingly paradoxical. Babakar’s low status in his world made him vulnerable and an easy target for the affluent characters, but for Assane, he makes the most of this anonymity by assuming whichever persona is appropriate at any time. The fact that he is seen as an innocuous blue-collar worker liberates him. His disguises and elaborate personalities wouldn’t work if he were on the same social rung as Hubert Pellegrini with a known name and a reputation to uphold.

Netflix’s Lupin proves that when you don’t matter, you’re free

While the Pellegrini’s are infinitely wealthy, they are simultaneously liberated and held back by their own crimes. Hubert Pellegrini owns the media outlet on which Assane is interviewed, stifling his ability to expose the Pellegrini for their crime against Babakar alongside defeated journalist, Fabienne Bériot (Anne Benoît). On the other hand, they are tethered to the necessity of saving face. Despite their true intentions, they must maintain the appearance of a wealthy but philanthropic family which stops them from immediately stamping Assane out.

With the Assane’s quick wits, he’s able to use his disadvantages against the advantaged. While he is overseen and underestimated by the wealthiest characters, he is able to leverage the decades of scandals, corruption, and cover-ups against the people hiding information about Babakar’s death. Lupin makes an otherwise impossible situation a playground of ingenuity and volatility.

Netflix has confirmed that a second season is on the way and will be here by this summer. I sincerely hope that the same old-fashioned but modernised energy of Lupin will still be there when Assane Diop returns to our screens.

What do you make of this feature? Did you watch Lupin on Netflix, and if so, what did you think of it? Let us know your thoughts in the comments below.