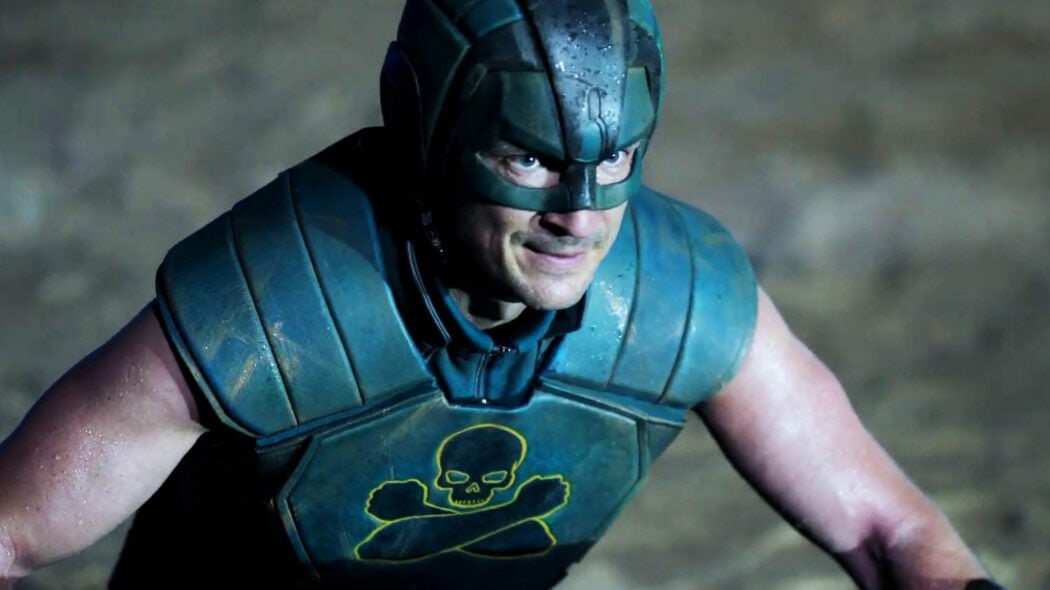 So, James Gunn has revealed a really interesting little bit of information about Nathan Fillion’s character in The Suicide Squad.

Gunn took to Twitter to reveal that TDK (The Detachable Kid) is not actually dead at the end of The Suicide Squad.

But, what does this mean?

Does this mean that we might be able to get a TDK spinoff show starring Nathan Fillion?

Now, that’s something I would love to see.

Nathan Fillion and James Gunn have worked together before The Suicide Squad.

They seem to really enjoy working with one another and I think that a TDK series is something that might actually interest James Gunn.

Now, this is just me speculating, but Gunn did say that no one would be able to guess what his next DCEU project will be.

Would anyone have guessed a TDK spinoff series or straight-to-HBO Max movie?

I don’t think so, and I think it sounds like that’s a project that would be right up Gunn and Fillion’s street.

Important to note if you look at the life signals in the Comms hub TDK isn’t dead. @NathanFillion #TSSWatchParty

Nathan Fillion is currently starring in The Rookie, which is a terrific show.

He’s become something of a cult hero over the years.

He starred in the likes of Firefly, Two Guys, A Girl, And A Pizza Place, Slither, Serenity and then Castle.

I’ve grown up loving Fillion and would watch basically anything he was in.

That’s actually how I first came to find out about James Gunn.

I watched Slither on the mere fact that Nathan Fillion starred in it.

Oh, and before I forget, here’s what Gunn had to say about Fillion’s TDK still being alive at the end of The Suicide Squad:

Important to note if you look at the life signals in the Comms hub TDK isn’t dead.