In the whole history of Marvel Comics, there are just a few characters as interesting as Captain Marvel. It’s not necessarily the inherent traits of the character as much as the history surrounding the persona of Captain Marvel. The character has a rich history and so far, there have been seven different iterations of the character. Some of them were male, some of them female, some even family members and while we could analyze each and every one of them, we have decided to focus our article on one specific iteration – Monica Rambeau, who was the second Captain Marvel and is currently operating under the name Spectrum.

Today’s article is going to be focused on the character of Monica Rambeau. You are going to find out who she is and what her history in the comic books looks like. The article will, of course, on the genesis of her powers, as we are going to explain to you just how she got them and they are exactly. This promises to be a very fun and interesting article, so keep reading to find out everything you need to know about the very interesting history of Monica Rambeau.

Who is actually Monica Rambeau?

Monica Rambeau is a fictional character appearing in comic books published by Marvel Comics. She was created by Roger Stern and John Romita Jr., debuting in The Amazing Spider-Man Annual #16 (August 1982). Although the latter operated under different names, she is most famous for being the second character to take on the name of Captain Marvel, succeeding Mar-Vell in the role.

She was born in New Orleans, Louisiana, as the daughter of firefighter Frank Rambeau and seamstress Maria Rambeau. She was working as a lieutenant in the New Orleans Harbor Patrol and operated a cargo ship. While to prevent the creation of a dangerous weapon, she was exposed to extra-dimensional energy, which gave her superpowers. The media gave her the name “Captain Marvel” and she herself decided to fight crime under that name soon afterwards.

After an incident, Monica Rambeau nearly died. She managed to survive as a frail copy of her earlies self, completely devoid of all superpowers. She would later become the superheroine Photon, but she soon relinquished the title in favour of Ganis-Vell, Mar-Vell’s son, and became known as Pulsar. The most recent change in her story happened in 2013 when she took on the identity of the superheroine Spectrum, which was her fourth superhero alter ego since her debut in 1982. As of today, she still operates as Spectrum and is a member of Luke Cage’s Mighty Avengers.

What are her powers?

Due to being exposed to extra-dimensional energy, Monica Rambeau gained actual superpowers. Her powers – in her Energy Form – include:

She also has some rather useful abilities, which have made her such an interesting and powerful character within Marvel’s canon. Her abilities are:

As you can see, the numbers show that she is more than a respectable foe and since her powers have only been increasing as the years went by, we assume that she will become even more respected and will get more space in the larger stories.

How did she get her powers? 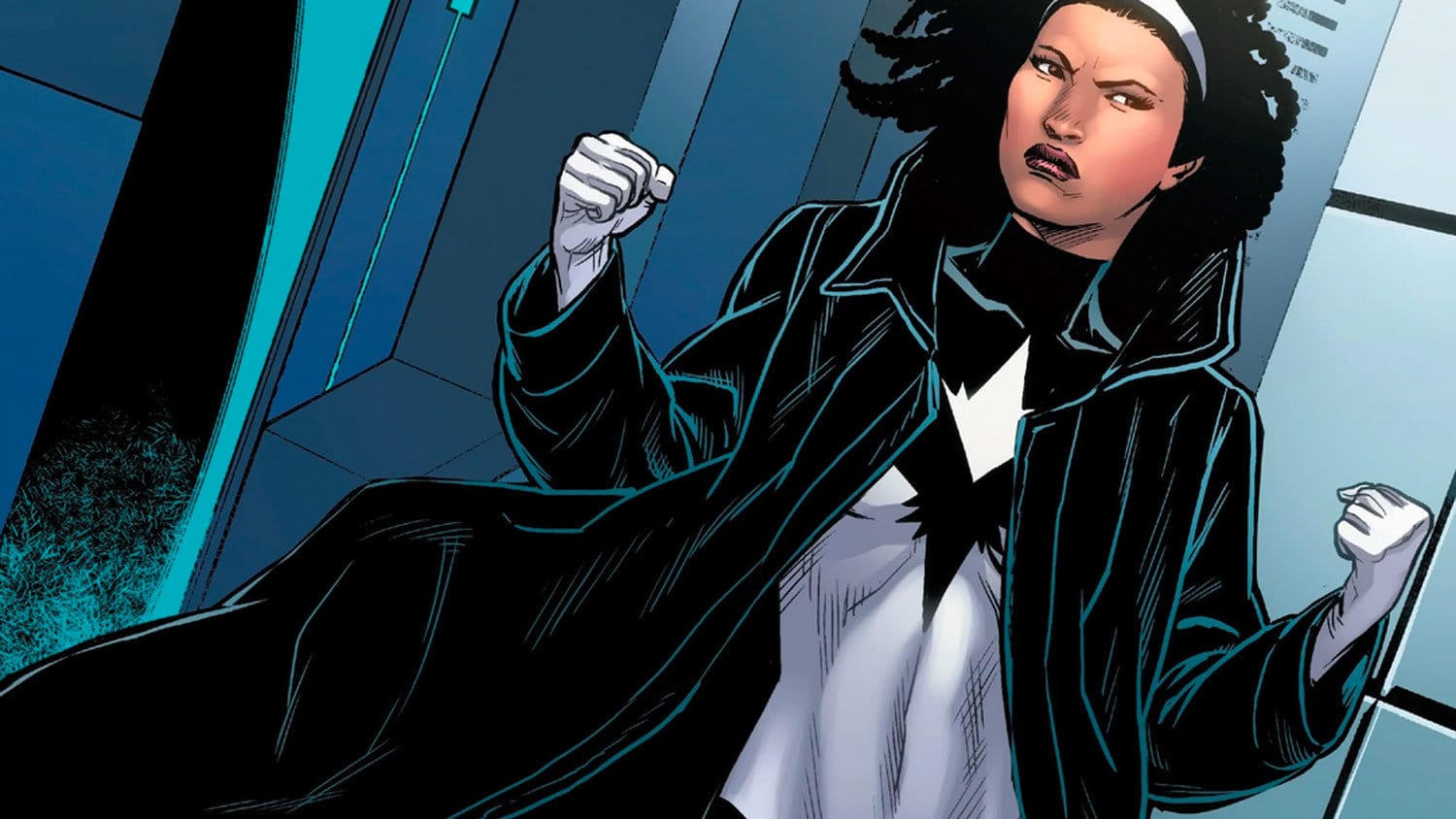 As explained in The Amazing Spider-Man Annual #16 (1982), Monica Rambeau was exposed to extra-dimensional energy while – in her role as a member of the New Orleans Harbor Patrol – she went on to stop the creation of an extremely dangerous weapon. This gave her superpowers, with the most notable one being able to transform into pure energy. When she used her powers, she was named Captain Marvel by the press, so she took on the name for her superhero alter ego.

At one point, Monica Rambeau lost her powers and became a regular civilian, although she continued to assist the Avengers and even assume leadership roles in absence of the actual leader at the time. After she became a member of Quasar’s team – Carol Danvers, the current Captain Marvel, was also on that team alongside Black Bolt, Hyperion, Ikaris and others – she gradually regained her original powers, but she never again became Captain Marvel, deciding to take on new superhero alter egos like Photon, Pulsar, and the currently used name of Spectrum.

Despite all the changes in her story, her powers remained mostly the same through the history of her character.

And with this, we conclude our article. We have given you a thorough insight into the character of Monica Rambeau and her origins, as well as her history within the Marvel Comics fictional universe. We have also explained her powers and their origins, so that you, now, have a complete insight into her complete persona. Hopefully, you had fun reading our text and that you’ll keep following us for more of the same. Until next time!

What do you make of this feature? Are you watching WandaVision and what do you make of Monica Rambeau in the series? Do you think she’ll be getting some of her powers from the comics in the show? Let us know your thoughts in the comments below.