Is Baby Yoda Going To Be In The Book Of Boba Fett?

There are rumours that Baby Yoda, aka Grogu, might be turning up in the next Lucasfilm series, The Book Of Boba Fett, which is interesting.

So, what sparked these rumours? Well, it all has to do with The Book Of Boba Fett’s crew’s T-shirts.

They were recently leaked via a Reddit user and if you look closely at these t-shirts, you can clearly see that Baby Yoda is in the artwork on the front of these tops.

The tops refer to The Book Of Boba Fett as Buccaneer Season 1, and then on the back they say, “Legacy Effects, Creature Crew”.

It does really seem as though this top is teasing that Grogu will be in The Book Of Boba Fett.

However, I just cannot work out how he will be, since the last time we saw him, he was handed over to Luke Skywalker to be trained as a Jedi.

Could Baby Yoda be in The Book Of Boba Fett? 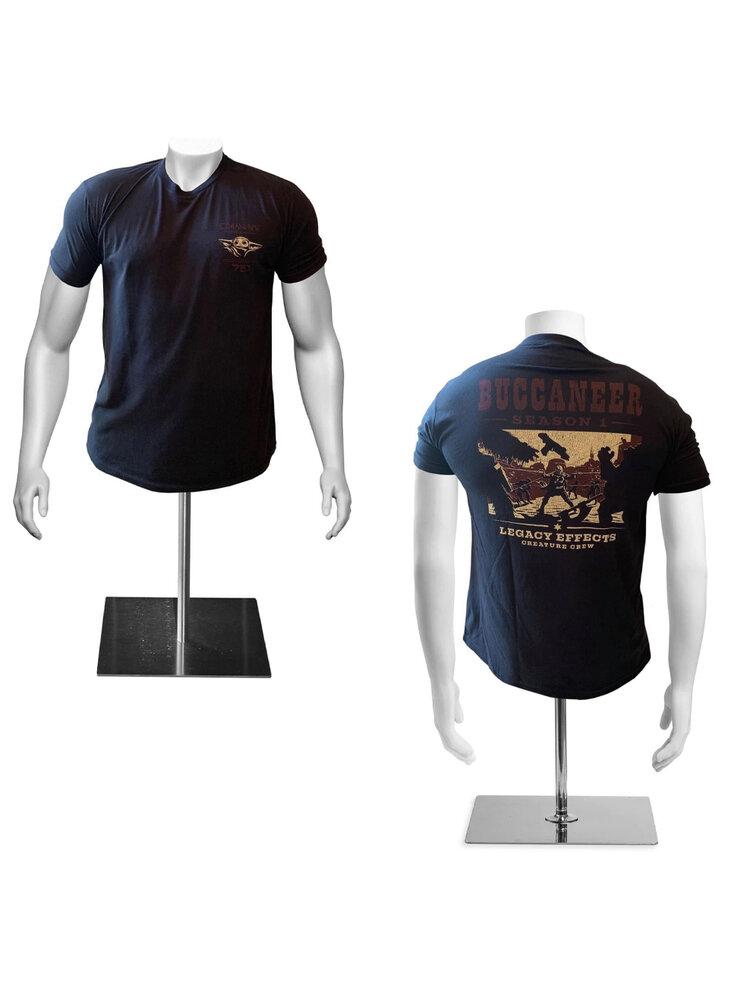 Read more: Five Ways The Mandalorian Can Connect To The Skywalker Saga Without Annoying Fans

However, we do know that Boba Fett will be on Tatooine.

The last time we saw Boba, he entered Jabba’s Palace on Tatooine, killed Bib Fortuna and assumed his role as underworld kingpin.

So, could Luke be making a brief stop at Tatooine with Grogu in hand to pay Boba Fett a visit?

Your guess is as good as mine.

What we do know is that Robert Rodriguez is one of the producers on the series.

We were also informed that he will be directing one of the series’ episodes, and it’ll be a limited series.

Would you like to see Baby Yoda turn up in The Book Of Boba Fett?