This new animated series on Amazon Prime Video, Invincible, is going to change the superhero movie and TV genre forever. Believe me.

Based on Robert Kirkman’s incredible comic book series of the same name, Amazon Prime’s Invincible is gory, disgustingly so, but it’s also the most grown-up and adult show I’ve watched in a long time.

Yes, it’s gory. Yes, there’s a lot of blood and violence in it. However, the show is also about what it means to be human.

It takes the tropes of the superhero genre and turns it up on its head.

I’m pretty sure many people will be comparing this show to Amazon’s other very popular superheroes show, The Boys, and I get why.

They are both very violent, very adult and very gory.

However, after the initial shock of the first episode, in which, SPOILERS, Omni-Man, voiced by J.K. Simmons, rips apart the members of the Guardians Of The Globe, this series isn’t so much about the bloody violence, but more about the characters and their struggles.

This is, I believe, when this show goes far beyond The Boys.

Let’s talk about the show’s voice cast, which is exceptional.

The show’s lead, Mark, is voiced by Steven Yeun, and he does an incredible job voicing his character.

The same can be said about Sandra Oh, who plays Mark’s mother and Omni-Man’s wife.

And then there’s J.K. Simmons who voices Omini-Man.

The really special thing about this voice cast is that even though the people involved are very famous and have very recognizable voices, they soon blend into their characters so much so that you forget entirely about the actors.

At first, you’ll be like, “Oh yeah. That’s J.K. Simmons”, or “I recognise that voice. It’s Walton Goggins.” But, soon you forget about all that and they just become Omni-Man or Cecil Stedman, the director of the GDA (Global Defense Agency).

It’s actually very impressive how good they all are in this series.

The plot is also a very good and pretty original one actually, even though Kirkman’s obviously been inspired by other comic book stories.

You can see elements of Superman’s origins in this series.

There are characters in the show, especially at the beginning, that are obvious takes on other famous superheroes, such as Batman, The Flash and Wonder Woman.

However, they are dispatched with pretty early on, and then the show becomes its own beast.

At its core, the show is about a son finding out the horrible truth of what his father is up to and where he’s from.

Mark, who ends up getting his powers and then becomes the superhero Invincible.

I like the fact that he’s called Invincible and spends most of this first season getting beaten to a pulp.

The show reminds me a bit of Kick-Ass in that respect.

Mark’s true superpower is that he can take a beating

Read more: The Walking Dead Creator Reveals The Show Could Go Beyond The Comics

I think that Mark’s main super power is that he can take a beating.

We also see Mark having to come to grips with his newfound powers, and also try to balance his new life as a superhero with his high-school life.

That means his friendships, his love life and also his relationship with his parents.

The show’s story is its strong point – not the blood, guts and gore, although there is a lot of that too.

Where the show falls slightly for me is in its animation, which does come across as being slightly cheap on some occasions.

I do not blame the animators here.

It’s clear that they didn’t have all the time and money they would have liked to make the show.

However, there are instances where the slightly below average animation does become slightly jarring, which is a shame.

The animation leaves a lot to be desired

That said, the show’s story, the characters and the general intrigue are strong enough to make you forget about the animation.

The show is also a bit shorter than I would have liked.

It’s only eight episodes long, and I would have happily watched ten to fifteen episodes of Invincible Season 1.

The good news is that Amazon has renewed the show for Seasons 2 and 3,

So, we’ve got a lot more Invincible to come.

It’s also been revealed that Amazon is working on a live-action version of the comic book.

That’ll be interesting to watch.

However, I do wonder how close it’ll end up coming to being just another version of The Boys.

I think the show really suits being animated, and I do worry that making it live-action will mean that they’ll just end up leaning into the gory aspects of the story.

Even though I love The Boys, I do think that’s what they did with that show.

Invincible has more heart than The Boys 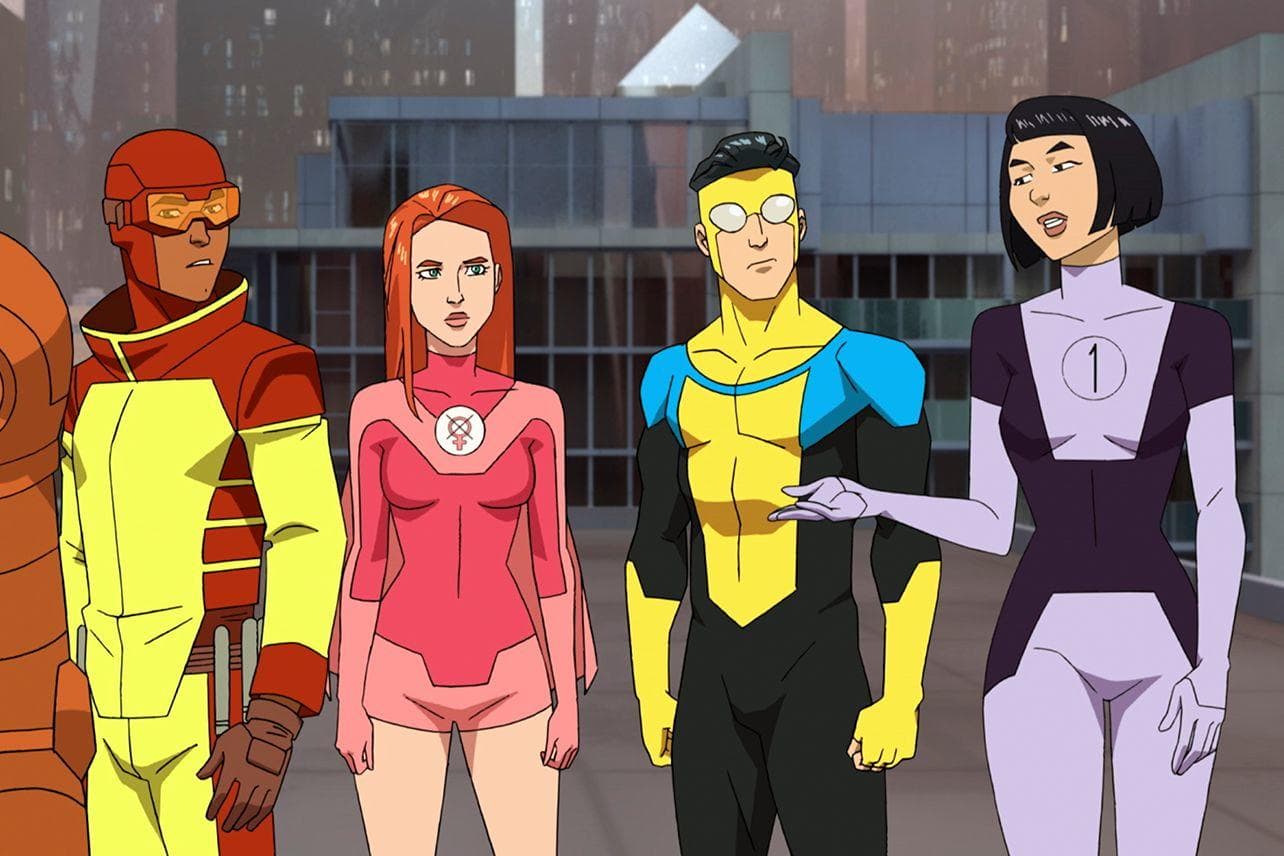 Sometimes, less is more, and I do think Invincible toes that line very well.

What did you make of Invincible Season 1 on Amazon Prime Video?

Also, what did you make of this review of the first season?