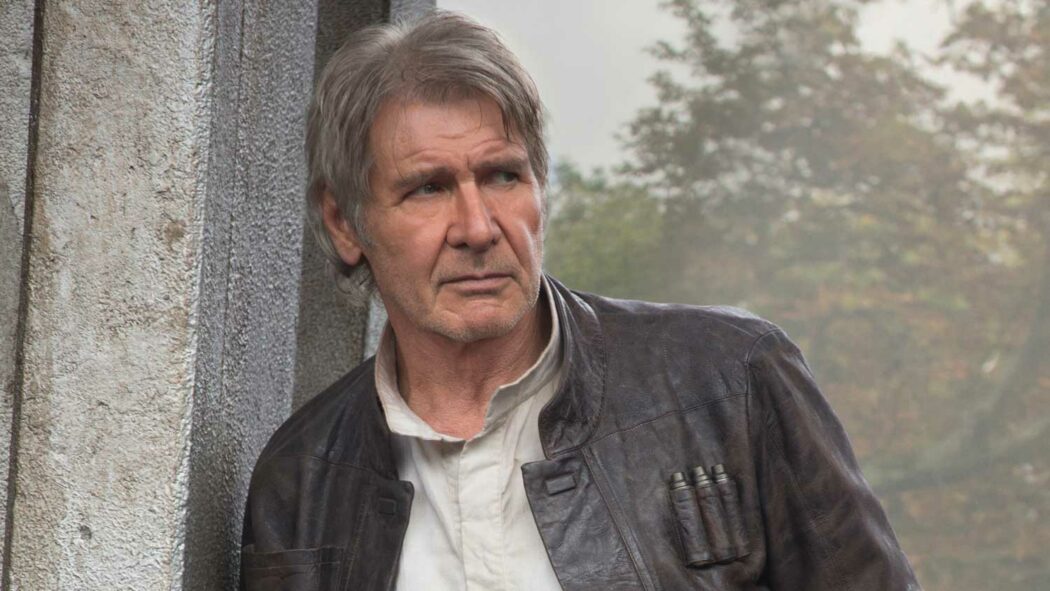 Could everyone’s favourite scruffy-looking nerf-herder reprise his role in The Book of Boba Fett? According to the Daily Mail, Harrison Ford reportedly has filmed a cameo scene for the new Disney Plus series.

Ford is said to have taken some time away from filming Indiana Jones 5 to shoot the scenes.

Ford’s appearance will only reportedly be a cameo

The Book of Boba Fett stars Temuera Morrison as the titular character and Ming-Na Wen as his loyal companion Fennec Shand. It’s claimed that Ford’s appearance will amount to a Han Solo cameo in the final episode of the series.

Should he make a cameo, The actor will almost certainly be digitally de-aged for his appearance. This would not be the first time a classic Star Wars character has made an appearance in a spin off show.

As we all saw at the end of season 2 of The Mandalorian, Mark Hamill’s Luke Skywalker made an appearance. Ford famously grew weary of the franchise and wanted his character to be killed off in Return of the Jedi.

He ultimately got his wish though as Han was murdered by his son Kylo Ren in The Force Awakens. So it would be a surprise to see him reprise his role, but we hope it’s true.

It would be fab to see Han Solo and Boba Fett meet again, even if for one scene only. New episodes of The Book of Boba Fett are released every Wednesday on Disney Plus.

What do you make of this news? Would you like to see a Han Solo cameo in The Book of Boba Fett? Let us know your thoughts in the comments below.