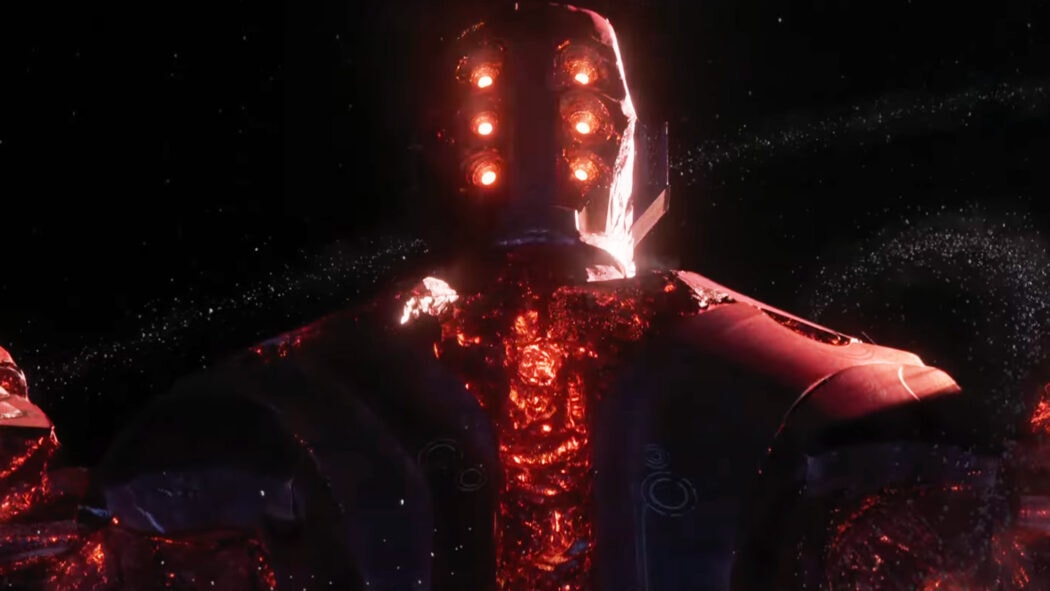 Fans Think Galactus Was In Eternals’ Trailer – He Wasn’t

Some fans on Twitter have been getting very excited because they thought they spotted Galactus in the trailer for Marvel Studios’ Eternals.

I am sorry to disappoint those fans, but that wasn’t Galactus in the trailer and many other Marvel movie fans have been quick to point that out.

OK, so first off, Marvel would never unveil a huge villain like Galactus in a trailer.

No, they would wait for the end of a movie to unveil a villain of Galactus’ size and dangerousness.

So, who was that rather ominous-looking being in the trailer that so many people mistook for Galactus.

Well, the jury’s out on that for the moment, but what everyone can agree on is that it was a Celestial.

A number of people have said that this could be Eson The Searcher.

Eson The Searcher has actually been seen in the MCU before.

There was a brief glimpse of him (or it) in the first Guardians Of The Galaxy movie.

However, it seems as though this character is actually Arishem the Judge (it was spoiled by some Lego toy leaks…).

One of these is Galactus pic.twitter.com/x0f7LtDdb4

Me seeing people think that the
Celestial in #TheEternals trailer is Galactus pic.twitter.com/DZI8sEOlOa

Galactus is trending?!? Because people have no idea who Galactus is…Read a comicbook. PLEASE. Just one. pic.twitter.com/Q5OHHcng38

It looks like the Celestial will be getting a bigger part in this upcoming Eternals movie.

It also seems as though Arishem the Judge might have had a hand in creating the Eternals in the first place.

I mean, they were created by the Celestials, so it would make sense that Arishem would be one of those who helped create them.

Now, I think that we’re going to see a bunch of Celestials in this movie, but this is the only confirmed one so far.

Anyway, what do you make of this news?

Are you looking forward to seeing Marvel Studios’ Eternals when it’s released in cinemas on November 5th?