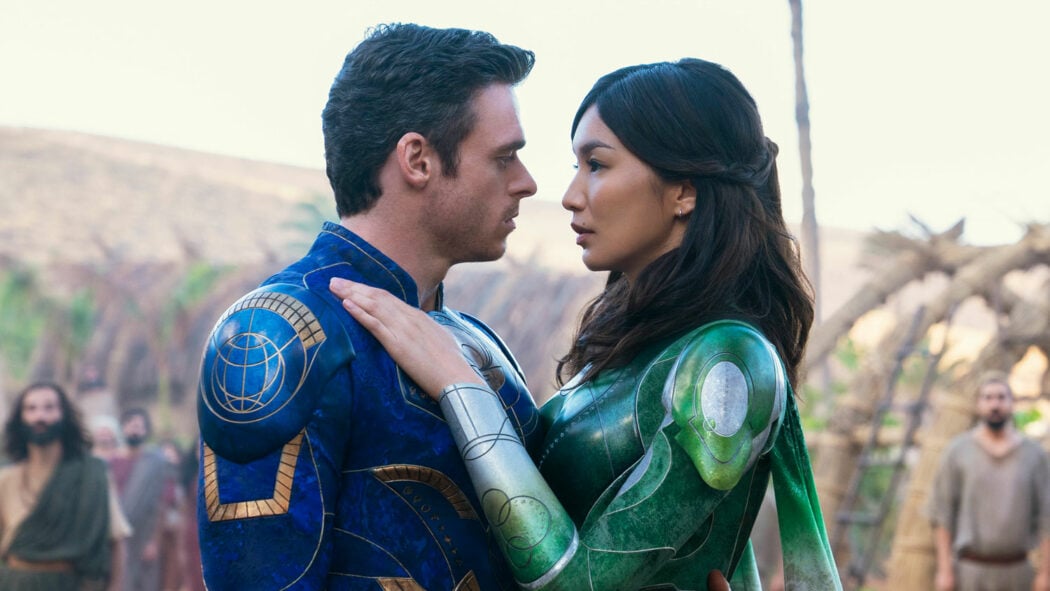 This weekend saw the release of the next blockbuster from Marvel and Walt Disney, The Eternals.

After Shang-Chi: and the Legend of the Ten Rings it is the second new set of new characters to be shown in the Marvel universe on the big screen in the latest phase.

Estimates early last week were set on a $75-80m opening weekend in the US, and without a release in China a lot of stock was placed on its domestic gross.

Well of course it topped the box office with $71m in the US however this is at the lowest result for an opening weekend of any of the previous 26 Marvel theatrical releases.

Hollywood Reporter notes that it’s outpacing previous releases in the Universe by a big margin, 75% ahead of the same time for Shang-Chi in these territories, and 25% of Black Widow and sits on $161m worldwide.

The film has not been reviewed strongly both by critics and audiences, and much conversation has been around the film length (almost 3 hours) which is only something we’ve seen previously for The Avengers, a well-established set of characters and storyline.

Eternals’ box office is great, but No Time For Bond To Die. Yet

Whilst the announcement that from next Friday No Time To Die will be available for rental over digital platforms in the US as the cinema market battles to bring back older audiences, the film is still holding tremendously well elsewhere.

Its domestic run in the US sits now at $143.15m, and it continues to hold the top spot in China with a further estimate of $66m by the weekend’s end.

Venom: Let There Be Carnage took another $11.4m across the globe this weekend and sits on $228m outside of the US, with a global total of $424m, a huge success for Sony Pictures.

Eyes are already turning past Eternals to the December box office with West Side Story, The Matrix 4, The Kingsman & Spiderman: Nowhere Home all vying for box office gold.

Is Eternals worth a ticket? Will Bond continue to grow?