Chris Pratt’s been trending again, and this time it’s for supposedly sharing awfully racist tweets from back before he was cast in the Marvel Cinematic Universe (MCU). However, it looks like the backlash against the actor is hugely unwarranted because those tweets were proven to have been faked and not shared from his account.

This news comes from a spokesperson for the Guardians of the Galaxy star who told TMZ that the offensive tweets were never posted form Chris Pratt’s Twitter account. They started making the rounds on Wednesday, and it seems as though they were created to besmirch the star.

These tweets were supposedly shared from 2012 and 2013, and one of the read: “Muslims scare me so much.” Fans were, of course, upset that Chris Pratt would have shared such tweets, and I’m here to tell you that he didn’t.

The tweets allegedly tweeted from Chris Pratt were fake 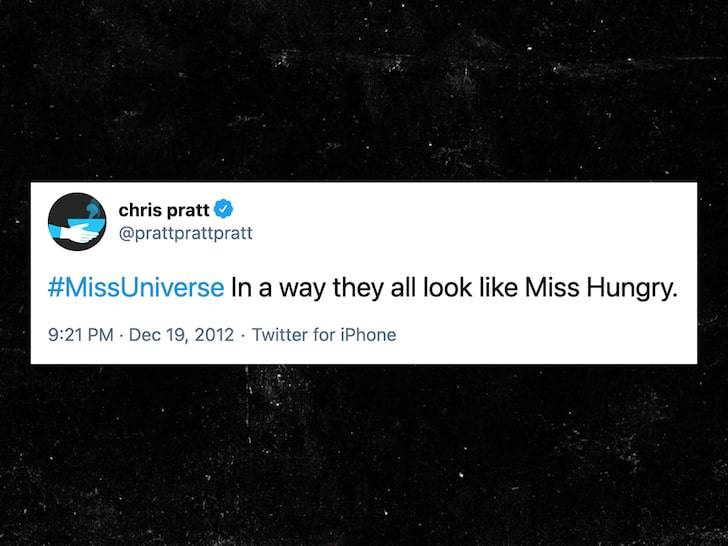 Here’s what Chris Pratt’s representative had to say about these tweets:

Chris never tweeted the offensive things that are being circulated today. Any suggestion that he did is not only totally false but also defamatory.

Twitter was also very skeptical that these tweets were genuine and a senior executive for the platform said that they “strongly believe these [tweets] to be fake.”

There were two other tweets supposedly shared from Pratt’s account making the rounds that were pretty poor jokes, and Pratt’s representative did admit that one of them could be genuine. That was the tweet suggesting all the Miss America contestants are super skinny.
That isn’t a very funny, but also not worth getting upset about, and not racist. Pratt’s team has also said that they haven’t been deleting any of Pratt’s tweets. They are saying that the offensive ones never existed and that someone had fabricated them.What do you make of this news? Were you shocked to see those tweets supposed tweeted from Chris Pratt’s Twitter account? Let us know your thoughts in the comments below.
Share9
Tweet
Reddit
Email
9 Shares