Bob Chapek Says No Conflict Between He And Bob Iger

Well, Disney’s CEO, Bob Chapek, has come out and said that there’s been no conflict between him and Bob Iger, which is interesting.

He said this during a recent call with investors which was reported on by Deadline.

Before we get into the nitty-gritty of what this could mean, let’s take a look at what Chapek actually said.

Bob Iger started off by saying the following:

Bob Iger and I, along with the distribution team, determined this was the right strategy to enable us to reach the broadest possible audience.

OK, pretty standard stuff. However, Deadline did go on to write the following on what Chapek had to say during the call:

Chapek made it clear in his opening statement that despite rumors to the contrary, there was no dispute between himself and the soon-to-be departing Bob Iger and that “distribution decisions are made on a film-by-film basis.” 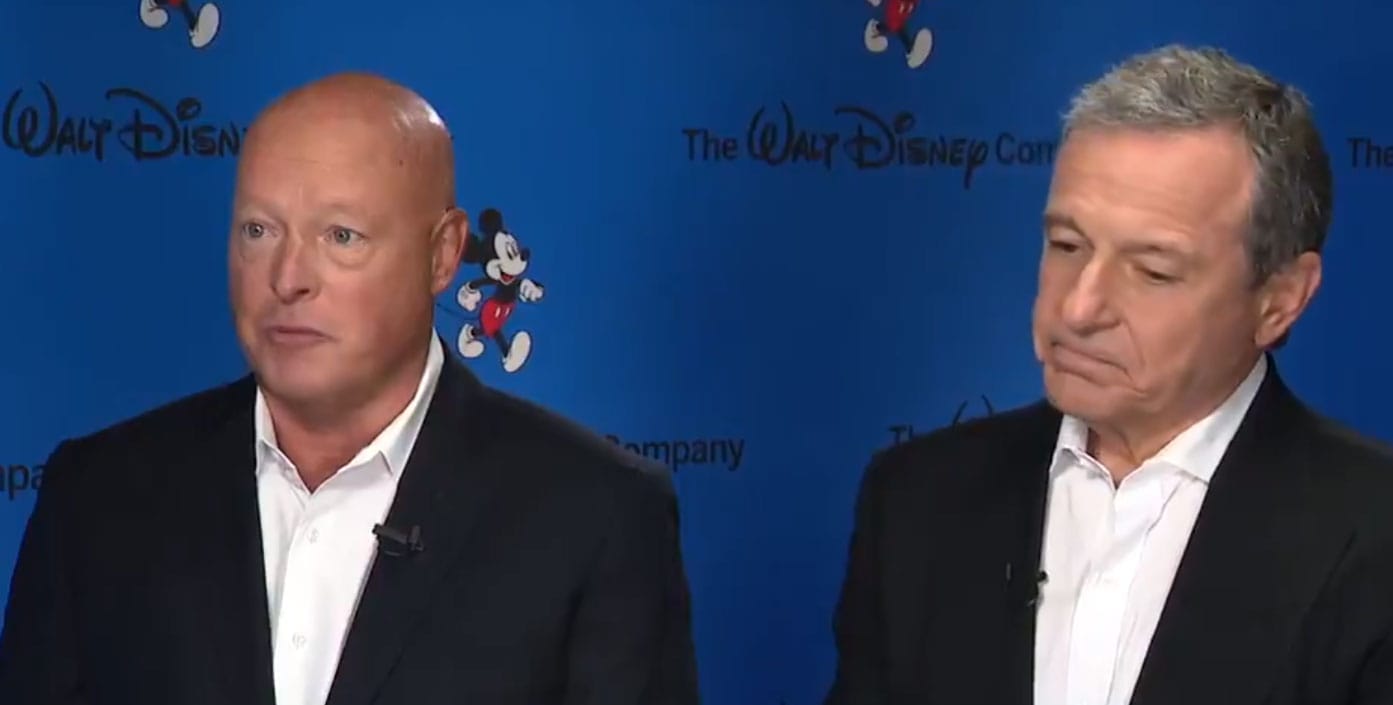 So, according to Chapek, he and Iger are on the same page, despite multiple reports suggesting the opposite.

Now, we were specifically told that Chapek was feeding with creators inside of Disney.

However, other outlets have reported a rift between Chapek and Iger, which I’m inclined to believe.

Chapek simply had to say something to Disney’s investors to make sure they didn’t all panic and jump ship.

So, as I said before, this is all pretty standard and Scarlett Johansson’s lawsuit against Disney is not helping matters for the House Of Mouse.

Do you believe Bob Chapek that there’s no conflict between him and Bob Iger over at Disney?