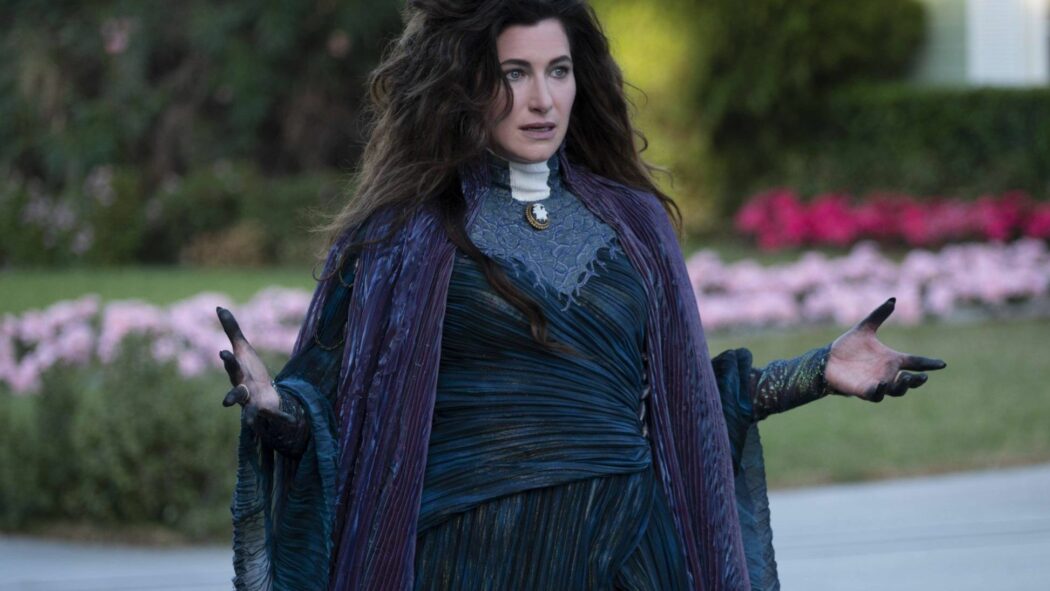 It seems like we will be getting to see Agatha Harkness again in the upcoming Doctor Strange 2 (Doctor Strange In The Multiverse Of Madness).

This report comes to us from We Got This Covered who are claiming that their sources are informing them that Kathryn Hahn will be back in the Doctor Strange sequel.

Kathryn Hahn was just brilliant as Agatha Harkness in WandaVision.

The end of the series seemed to leave the door open for her return in a future MCU property, and it sounds like we might be seeing her sooner rather than later.

There are now reports that she will be Wanda’s ‘mentor’ in Doctor Strange In The Multiverse Of Madness.

Agatha Harkness will be back in Doctor Strange 2

Here’s what We Got This Covered had to say about Agatha Harkness returning to be Wanda’s mentor in Doctor Strange 2:

According to our intel, Agatha’s fate was left open-ended so that she could return, and Wanda will require her assistance in keeping her powers under control, presumably after Doctor Strange in the Multiverse of Madness sees her going berserk and threatening all of reality. There’s been talk of a solo Scarlet Witch movie to capitalize on her newfound popularity, which feels like the ideal place for Agatha to return as well, but for now, we’ll just have to wait and see what Marvel has planned for us.

Are you looking forward to seeing Agatha Harkness in Doctor Strange 2?