A Quiet Place 2 is now in cinemas – yes, cinemas are open again – and here is our review of John Krasinski’s follow-up to his excellent 2018 movie.

A Quiet Place took me by surprise back in 2018, playing on the presence and danger of sound was a really novel concept at the time, and we subsequently saw it with Netflix’s Birdbox which starred Sandara Bullock and then with The Silence, again available on Netflix.

Where A Quiet Place succeeded though was in its portrayal of family in an apocalyptic world, the chemistry between real-life husband and wife Emily Blunt and John Krasinksi along with the other actors which was wonderful to see.

It cannot be understated either how fantastic it was to see in a major Hollywood film, sign language being used, along with a deaf actress, the fantastic Millicent Simmonds which really added even more tension and drama to the film.

Low and behold the pandemic hit, and whilst the film was ready to go, we had to wait another 12 months to see it. And boy was it worth the wait.

Just watching videos across social media of Krasinski visiting cinemas in the US as it was about to play really hit home that cinema was back.

The film gives us a further back story to the first film, before kicking off right where things left off, and instantly you are drawn into a world of tension.

The little prelude that takes us back to the first film is a nice touch in reminding audiences just what the threat is within the world we are watching. Sound.

New Characters In A Quiet Place 2 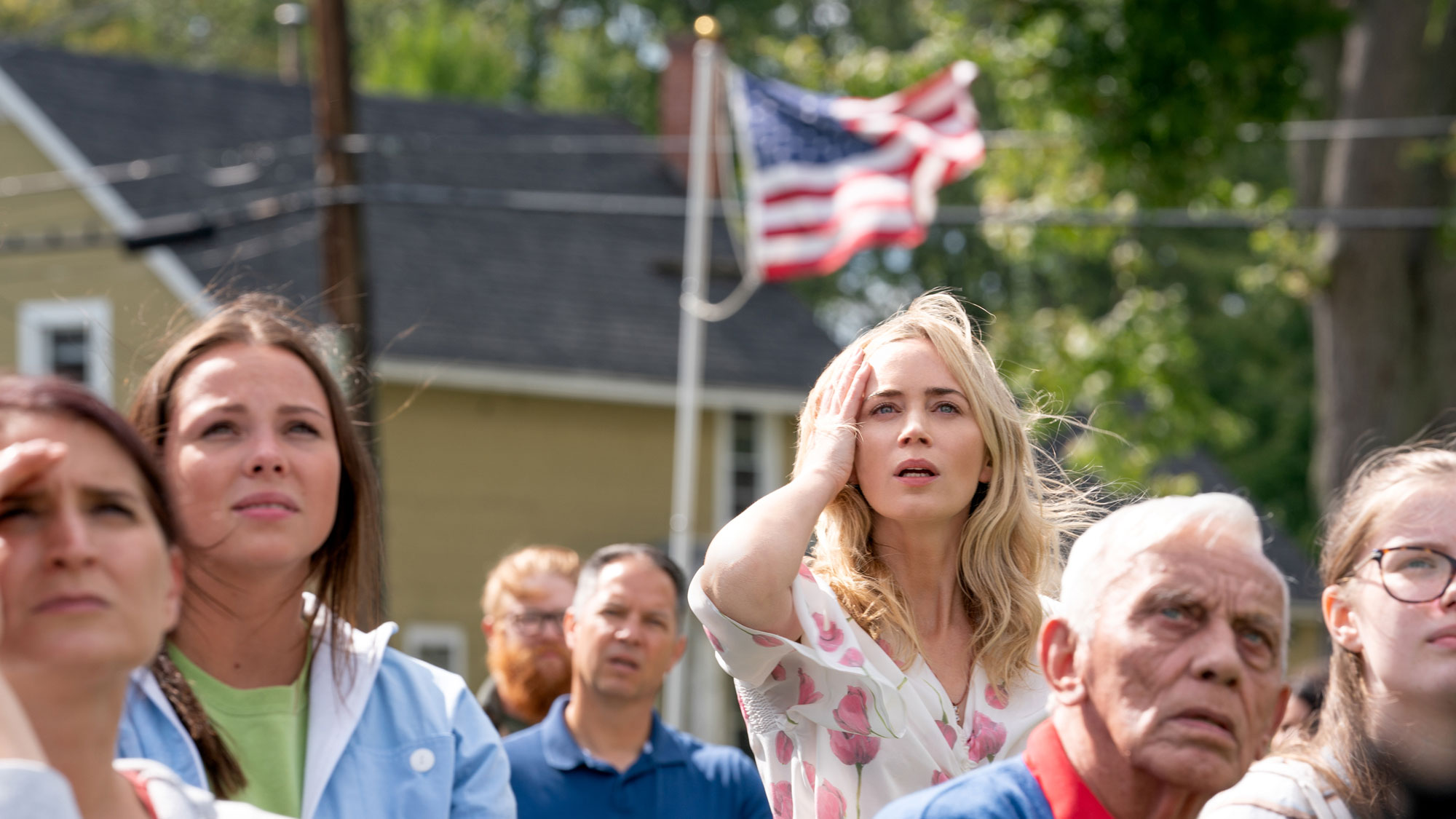 It also allows us to be introduced to the new character Emmett, played by the ever-amazing Cillian Murphy, whose performance throughout the film dominates and is a testament to his acting ability.

The film is all the better for Murphy (28 Days Later, Peaky Blinders) than it would be without him, and he fills the void left by Krasinski, and for me steals the show.

As the film continues the story without giving too much away, follows the Abbot family, and of course, the mother being played by Emily Blunt, now also has to support her newborn baby.

This adds a whole other dimension to the tension, as we no longer simply have to be concerned around both her children Marcus and Regan (who is deaf), but a potentially loud, screaming baby. 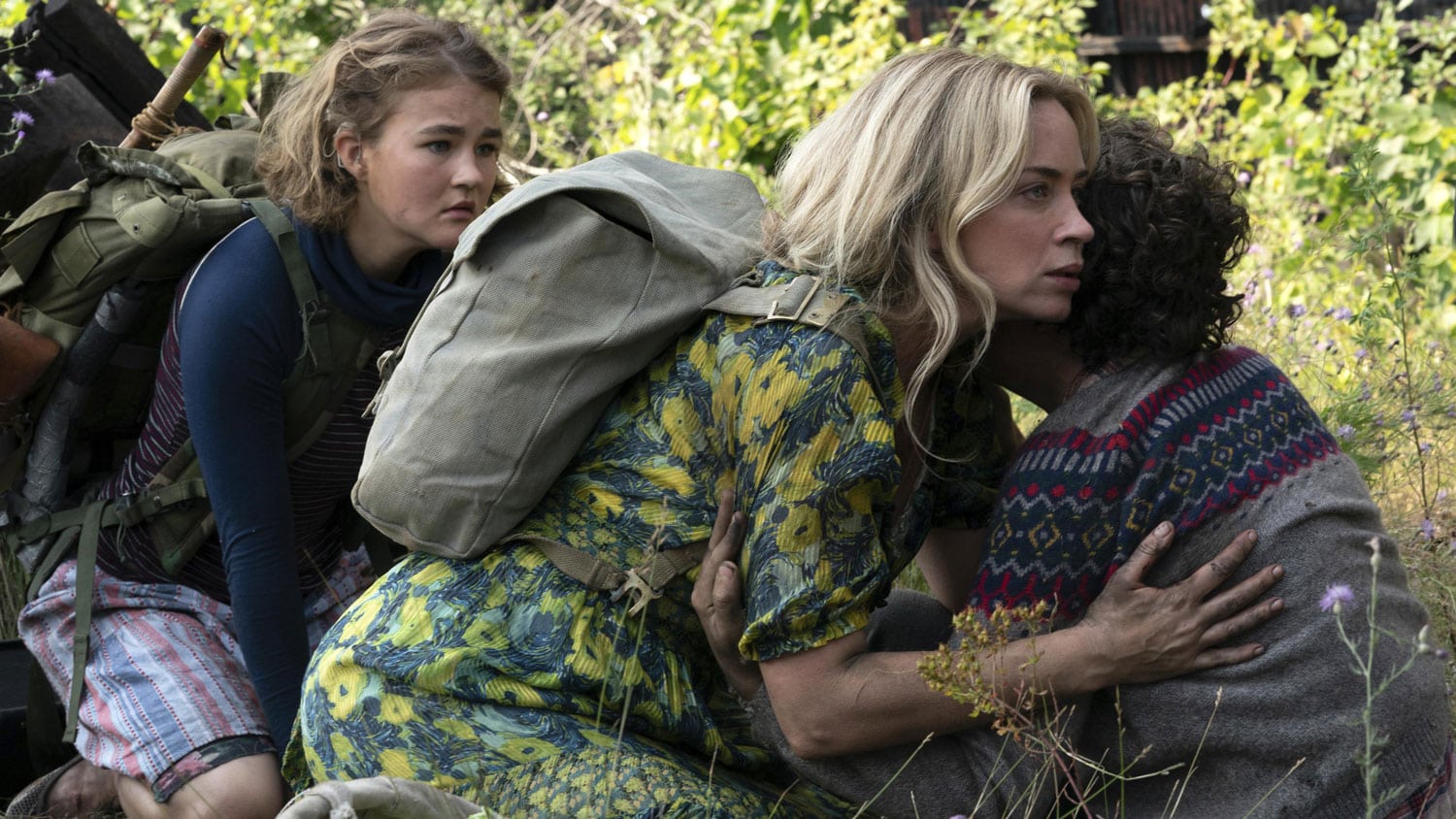 What follows is almost 3 separate journeys as the family is split up and follows their own plots that intertwine all in the basis of survival.

Much of the story takes place in the same world we were first introduced to in the first film, but we welcome in new characters such as the ‘Man On The Island’ played by Gladiator star Djimon Hounsou.

We also see elements of what has become of humanity, and what the film really succeeds in throughout (not only keeping up tension & fear against a backdrop of the consequences of sound) …

But in how writer-director Krasinski crafts these characters together in this living breathing world. It would have been very easy, and myself when I first saw other human characters groaned in expectation of this, to follow the standard version we see in shows such as A Walking Dead.

But there are subtle changes and differences that make these strangers for the small part they are in, truly dangerous and scary, and if we see a third film, I’m sure we’ll explore this in more detail.

The film is absolutely a great example of, letting your mind run wild with its own imagination, as opposed to showing you everything at once.

Emily Blunt as always is mesmerizing in her performance but her role seems more subdued as we focus more on the journeys of Emmett and Regan, and it works really well.

A Quiet Place Part 2 does many things most sequels fail to do right.

It maximizes what worked within the original film, whilst not becoming a carbon copy of the original and adding extra improvements to make it even better.

If you are looking for something good to watch this weekend, and something that is a fantastically tense and harrowing thriller, then this is the film for you.

The performances from the cast & the overall film make it a must-watch this weekend.

What do you make of this review of A Quiet Place 2?