It’s been revealed that those creepy spider creatures from The Mandalorian Season 2 Episode 2 came from The Empire Strikes Back concept art. Episode 2, called The Passenger, was a lot creepier than I thought it was going to be.

The reason why it was so creepy was because of the new spider-like creatures it introduced. Mando and The Child (a.k.a. Baby Yoda) ended up having to go up against these horrid creatures after they crash-landed into an ice cave.

If you’re not a fan of spiders, then I don’t think that you would have liked watching this episode all that much. However, it’s now been revealed that these creatures were going to be in Star Wars: The Empire Strikes Back. 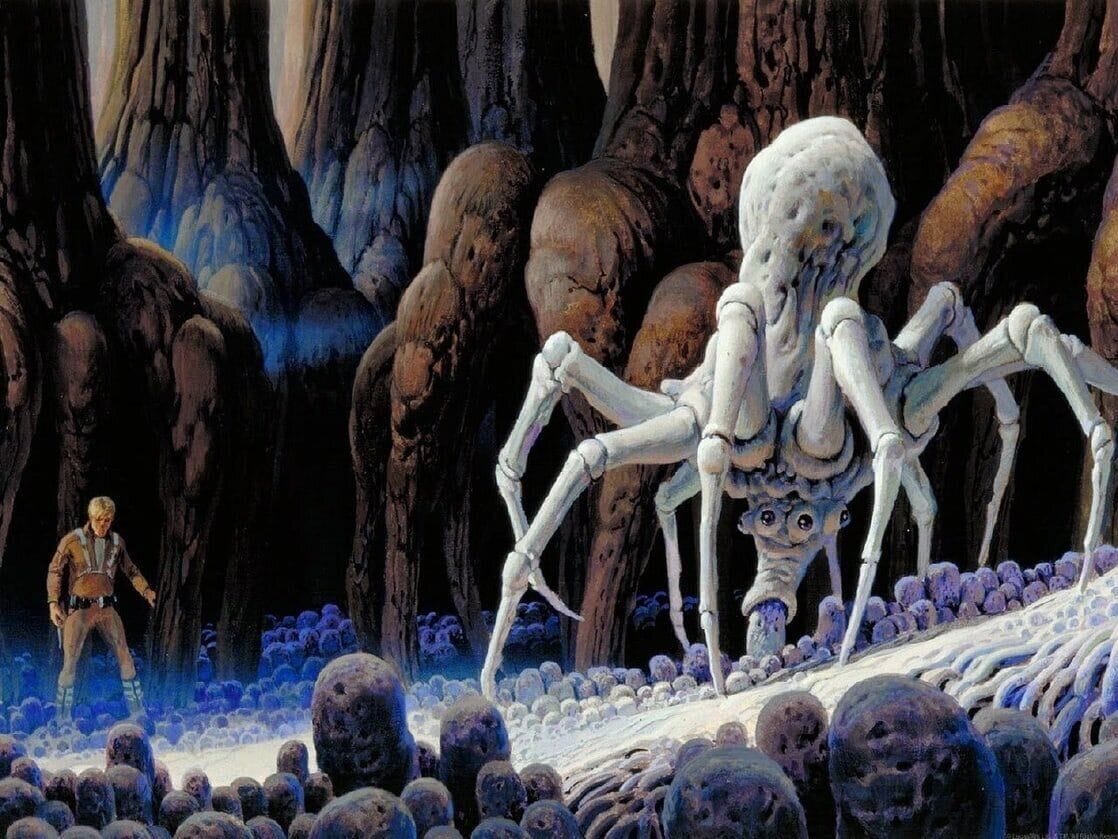 Read more: Spider-Man: Into The Spider-Verse 2 Has Officially Started Production

We got this news from GeekTyrant who revealed that these creatures were originally created by Star Wars concept artist Ralph McQuarrie for The Empire Strikes Back. However, the drawings were put to one side for that movie, yet Jon Favreau and his team ended up using them for The Mandalorian Season 2.

I really love the fact that they’re looking at old concept art for the original Star Wars movies and drawing inspiration from them for their live-action Star Wars TV show. It’s always good to look back and be inspired by something.

That can often help franchises to progress and go to places you never expected them to go. For instance, I really didn’t expect to see an episode of The Mandalorian that was heavily inspired by Alien. I really loved that fact.

What do you make of this news? Did you enjoy The Mandalorian Season 2 Episode 2 on Disney Plus? Let us know your thoughts in the comments below.