Here’s why Planes, Trains And Automobiles is the perfect Thanksgiving Film, even if you don’t celebrate the holiday. It’s the early 90’s, somewhere. My parents had an extensive VHS collection, from a string of 80’s classics from Dirty Dancing, Ghost, to the entire Walt Disney Animated Classics nearby.

There’s no Netflix, Sky is way expensive, but Blockbuster and local video stores are around. But the best thing is the TV Quick/TV Guide/Radiotimes whatever you want to call it. We’d circle upcoming films we might be able to watch, some for the adults, some for the kids. The 15 rated Planes Trains & Automobiles included us all.

John Candy was a huge favourite in our house growing up, introduced in such comedies as The Great Outdoors, Uncle Buck and Cool Runnings. He’s innocent, loveable and guaranteed to get you to laugh. 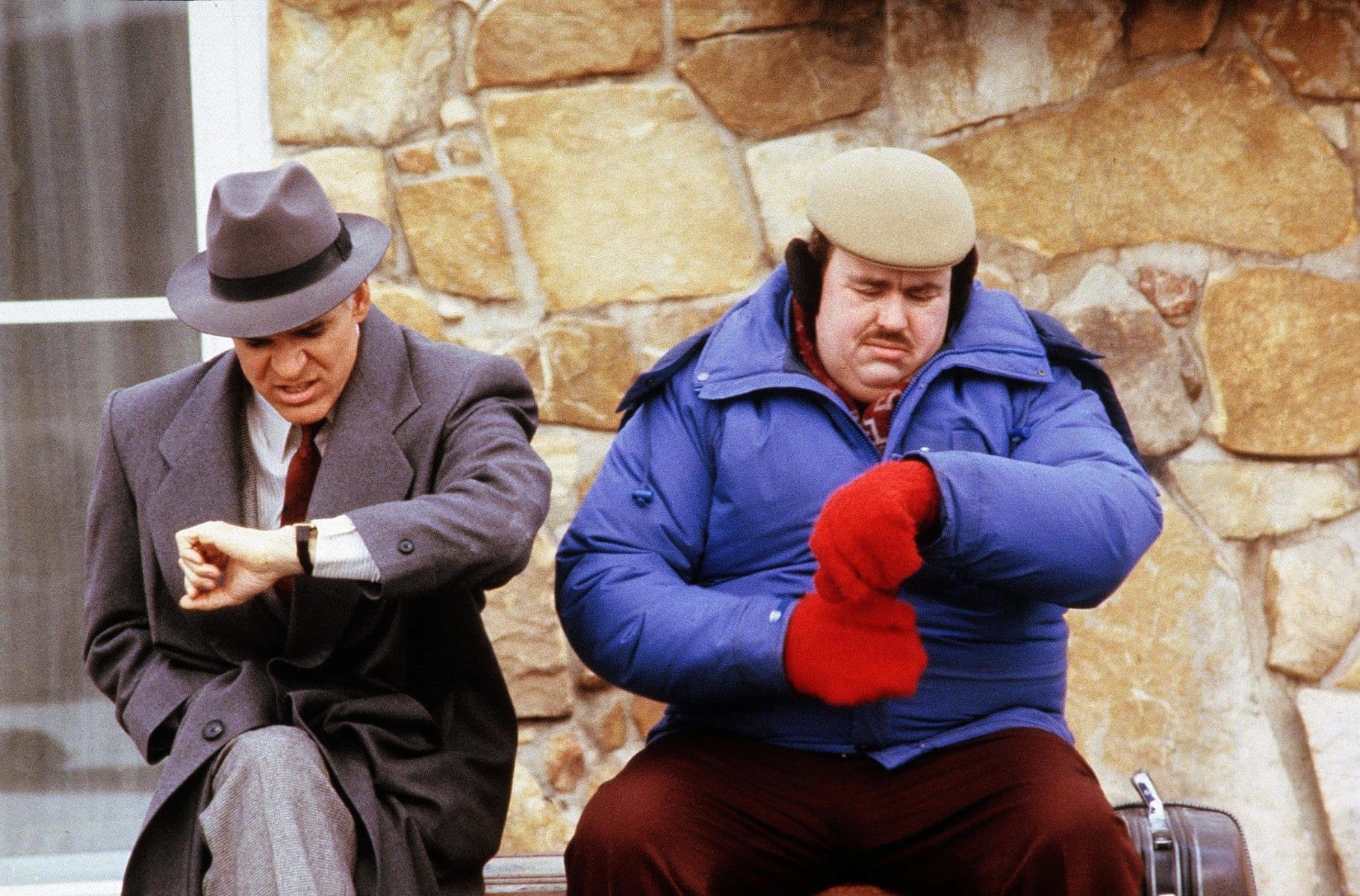 Read more: How To Train Your Dragon 2 Review

Of course, we don’t celebrate Thanksgiving in the UK, but we’d watch this film every year. It became not so much about Thanksgiving, but about Christmas. Watching this signalled the beginning of Christmas and the festive season. It’s a film that hits you in the heart, and it’s about family.

Neil Page played by the legendary Steve Martin is a stuck up, intolerant man who just wants to get back home with his family for Thanksgiving. His ride to the airport is ‘stolen’ (there’s a young Kevin Bacon cameo in the opening moments) by loveable eccentric Del Griffin, the late John Candy.

What follows is a hilarious, honest, heart-warming and loveable journey which twists and turns as these two guys end up joined together trying to make it home. I won’t spoil the twist before the ending, even knowing what happens.

Emotional To The End 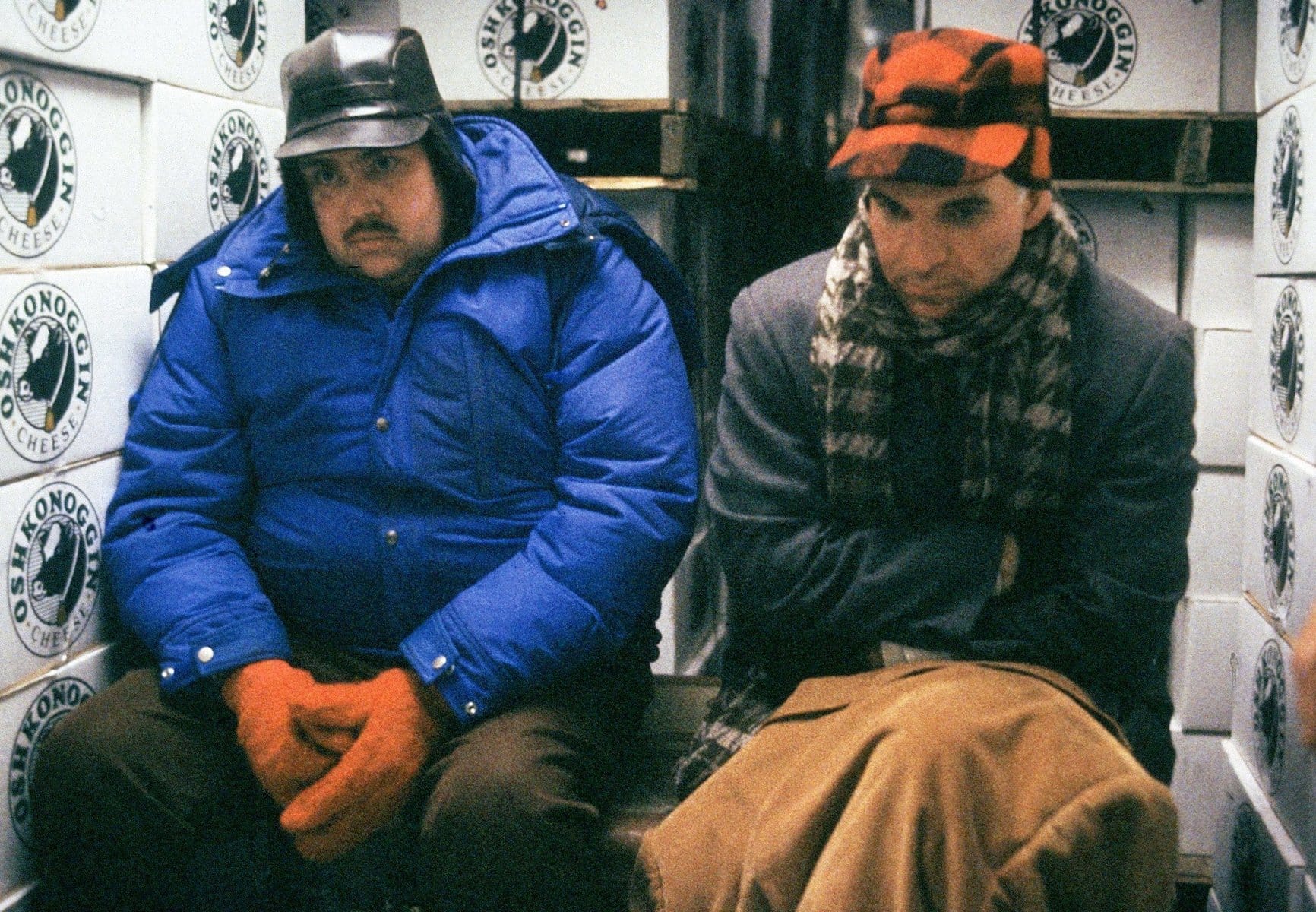 But it still pulls at my gut and my heart upon my umpteenth re-watch. Somehow knowing it’s coming makes the characters journeys together even more special. The film is the handiwork of John Hughes, whom most know for other iconic 80’s films: The Breakfast Club, Sixteen Candles, Ferris Buller’s Day Off. Both Candy and Martin state this has been their favourite film to work on and their connection and charisma on screen shows as a result throughout. As an experience it’s full of laughs, characters, and real warmth. It doesn’t really matter that it’s Thanksgiving, it’s all about the journey that’s being made.

For kids watching it today, it’s completely harmless, except say for its infamous F word tirade scene… Which perhaps you wouldn’t want your children to watch but it’s said in anger, for comedic effect more than meaning anything visceral. The ’20s are very different to the ’80s. Watching it today you can see just how much the world has changed in technology (imagine having to wait to call home via a payphone) and travel.

But in many ways, we haven’t changed. People still work long hours and hustle, then struggle with being away from home a lot, trying to make it back for the events and occasions. If you are still reading this article, what are you waiting for? Go grab a copy of Planes Trains and Automobiles and I promise you won’t regret it. Rumours are long abound about a special Directors cut, that may or may not exist after fires in the storage facilities, and a recent trend #releasethehughescut is picking up steam online.

And news last year of a Will Smith, Kevin Hart remake sent shudders down the spines of fans everywhere. I love both actors, but I don’t think they can ever replicate the perfection of the original. As director Joe Ramoni, who helmed the new documentary The Lost Version Of Planes Trains and Automobiles, (It’s available to watch here.) said:

In my mind, Planes Trains and Automobiles is a perfect film.

And you don’t need to celebrate Thanksgiving to need an excuse to watch two comedic legends at their best.

What do you make of this feature? Are you going to be watching Planes, Trains And Automobiles this Christmas time? Let us know your thoughts in the comments below.