Lovecraft Country’s 7th episode, “I Am.”, takes us into all things cosmic and multi-dimensional to explore the unadulterated strength and capabilities of black women in America who have been otherwise shrunk by a white and male society intent on keeping them from their full free potential.

I have spoken at length in these reviews about the advantage and necessity of these singular character-focused episodes to more fully round out the show’s cast and allow their strengths to be pushed out. With that, I Am gives Hippolyta her much-awaited time to shine and Aunjanue Ellis more than grasps the opportunity with both hands, delivering a powerful performance that speaks to the struggles and boiling fire inside the hearts of oppressed black women everywhere.

Having hitherto been merely reduced to the relatively inactive widow pushed to the background while her suspicion of Atticus et al simmers away, Hippolyta finally gets the time to resolve her own quest, subsequently diverting the whole show in an entirely new direction by consequence of her cosmic discoveries.

Having discovered the burnt down Ardham Lodge and evidence of George being there, Hippolyta further investigates the mysterious orrery taken from Hiram Epstein’s manor which in turn brings her further into the depths of Lovecraft Country as she unlocks the secrets of the Winthrop observatory in Kentucky.

Now buckle in here, because an inter-dimensional portal being torn through the very fabric of time and space means things are about. To. Get. Weird…

SPACE! THE FINAL FRONTIER… OR IS IT? 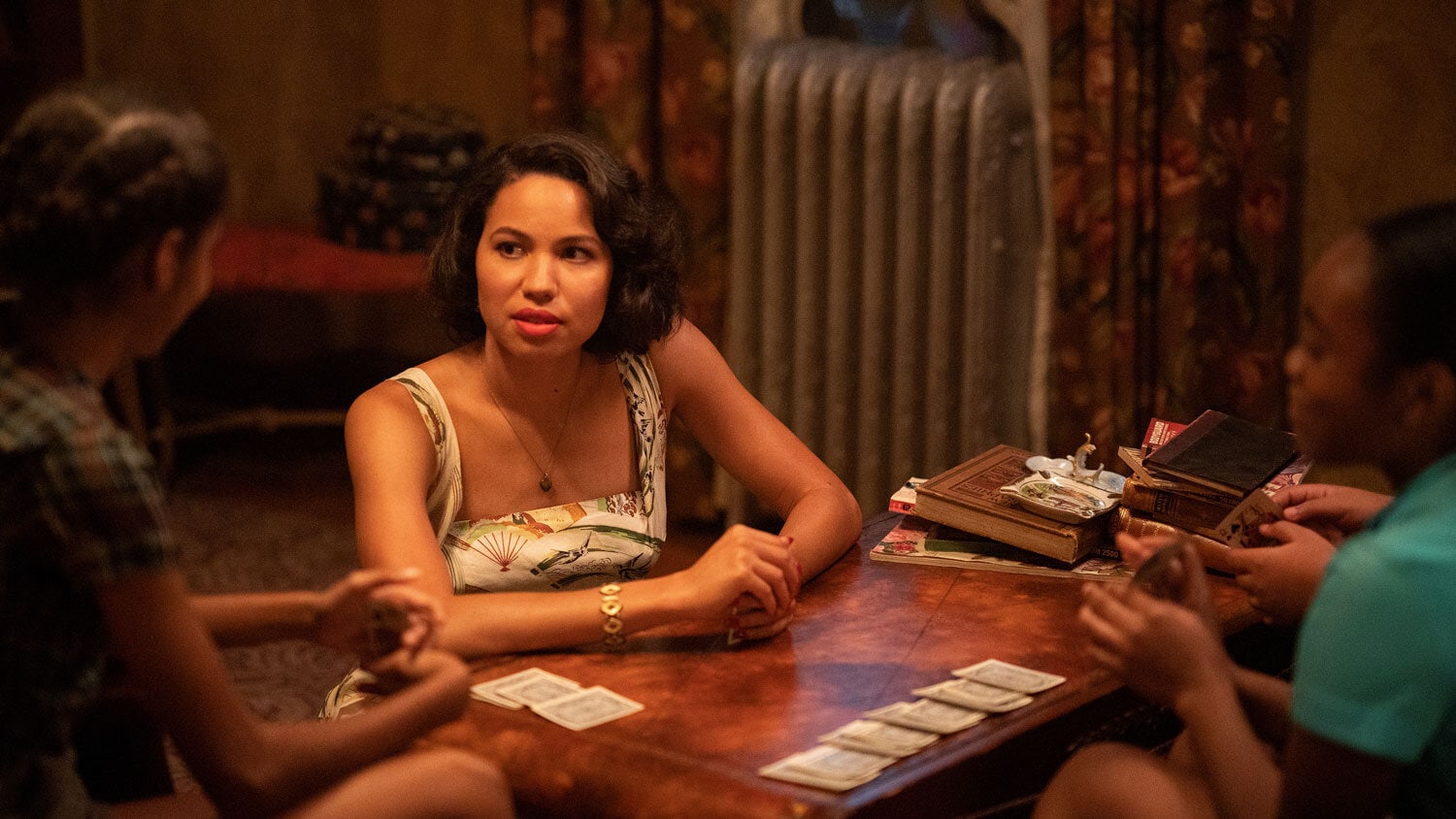 Yes. We’re off to space. Aunjanue Ellis and Lovecraft Country did it before big Vin and Fast and Furious.

Hippolyta awakes to find herself on some Kubrick-esque end-of-2001 setting where she is met by a space-age Tron loving afroed goddess who seems to be keeping her captive for an indeterminate amount of time (but it is very, very long at least).

This goddess allows her to go to any time and place she so chooses, even as far as inventing new dimensions. Her first choice, however, is 1920s Paris to dance with Josephine Baker.

This montage of Hippolyta enjoying her new showgirl life ends with a crucial dialogue with the famous entertainer and civil rights activist declaring the overall thesis of the episode.

Hippolyta has never known true freedom. And yet she has never once realised that until now. Her life has been a series of pressures that has shrunken her into ‘the exact kind of Negro woman white folks wanted me to be’; as she states, ‘they just found a smart way to lynch me without me noticing the noose’.

Hippolyta, like the plight of many black American women, has fallen into a trap designed to shrink and keep her strength and anger at bay. At a young age, she had the gall to name a star, and now the world has systematically worked to ensure the stripping of such a devout inner confidence and strength of will.

But now her anger is allowed to burst free of its restraints.

Loudly declaring to the world ‘I am Hippolyta’, she is taken to various realms and planets to do as she pleases, making great discoveries along the way and ultimately ascending to a higher power of self-enlightenment which would see her placed among the ranks of this aforementioned cosmic goddess.

The episode is designed as a testament to the capabilities and potential of black women when their strength and anger is allowed to flourish unadulterated. 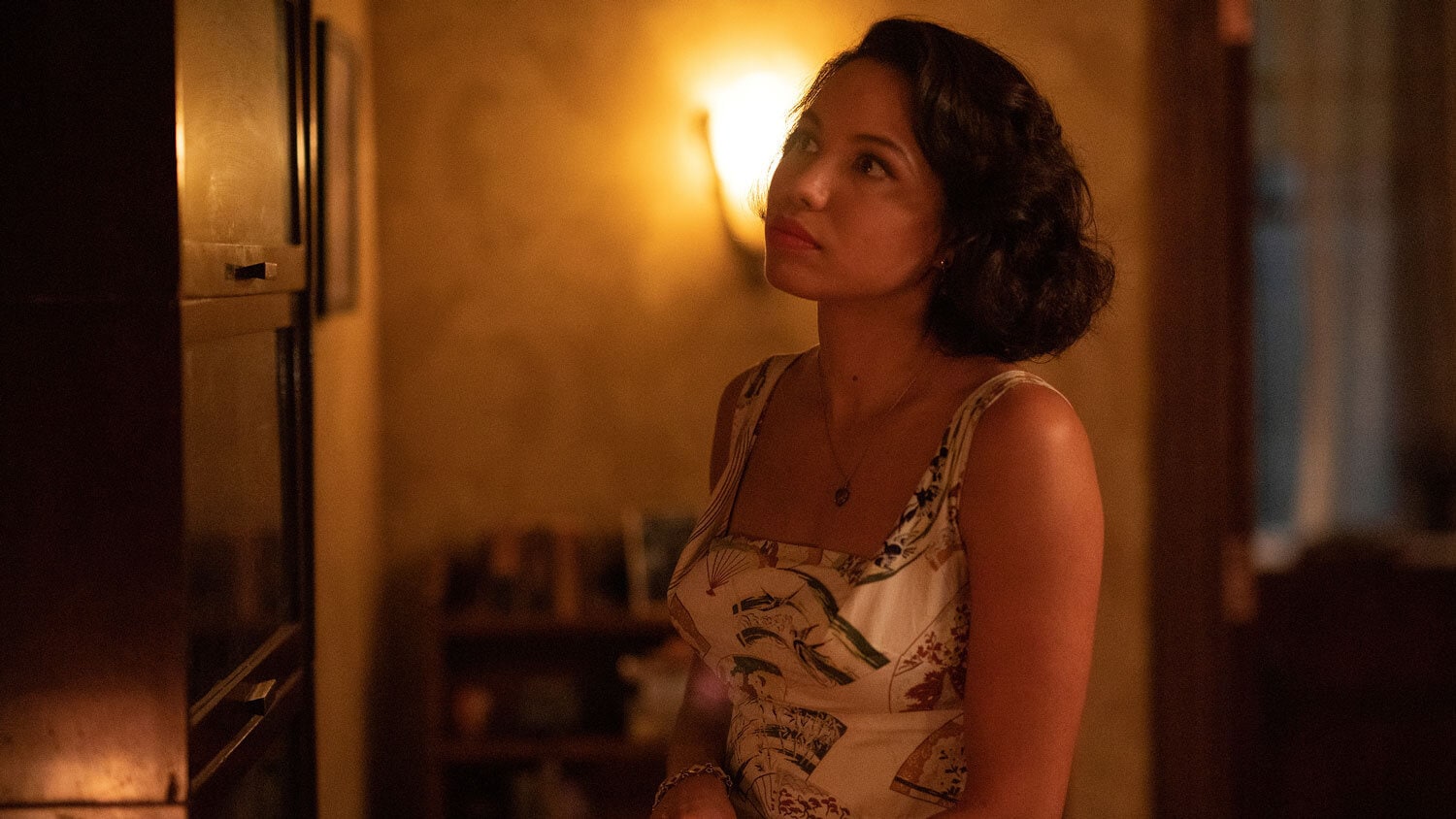 The last thing we see is Hippolyta rejecting the offer to remain as a cosmic goddess. Since Lovecraft Country is largely about family Hippolyta knows she must go care for her daughter Diana.

So, now emblematic of Diana’s comic character, Hippolyta is seen flying back to earth although we’re not sure how long she has been away. However, with Hippolyta now possessing the powers of a cosmic realm we can be assured in assuming that this will have huge consequences for the rest of the series as we enter into the final act.

Having been largely reduced to the background until now, Lovecraft Country is now forced to pay attention to Aunjanue Ellis and Hippolyta as she may very well now hold the balance of everyone else’s fortunes in the palm of her space powered hands.

What did you make of our review of Lovecraft Country Episode 7? And is that not just the most EXCITING way to go into the close of this show!? Let us know what you think in the comments below.