I Care A Lot Review

Thanks to the ongoing hubbub around Britney Spears and the various court appearances, the concept of what a ‘Conservatorship’ is, and what it entails, rocketed on to our screens.

It has become something of a cultural moment, analysed and dissected in blog posts and tweets.

I Care A Lot stars Diane Keaton and Rosamund Pike, now available to watch on Amazon Prime and also on Netflix.

A dark humoured comedy-drama with unusual twists and turns, it has a crucial analysis of an emerging social issue at its core.

Past this point there are spoilers – so make sure you have watched I Care A Lot before reading on.

A Round Of Applause, Please

With her comforting, dulcet tones, you would be extremely naive to underestimate her.

Rosamund Pike is in the position of ‘guardian’, in charge of various conservatorships through a company she has set up.

Her tone is calming, assertive – something you would associate with a career of a great grandparent.

The motive is not. Once the ‘patient’ has been sequestered in the room, the brittleness comes out, complete with snazzy shades and angular gestures.

Dianne Wiest, in recent years, has been typified as a typical grandmother in roles on screen.

The excellent plot twist in I Care A Lot comes with playing on this role and turning it on its head; Dianne Wiest’s character has an ‘in’ with some sort of organised crime group.

She taunts her captor, played by Rosamund Pike, even using a well-timed use of the ‘C’ word.

This is what makes I Care A Lot something of a brilliant film; a typical role has been turned on its head, in order to challenge causal perceptions we all have.

Pike and Wiest both deserve some sort of award for their participation in this film – because the performances of both were equally outstanding and clever.

Why Are Relationships Such A Twist? 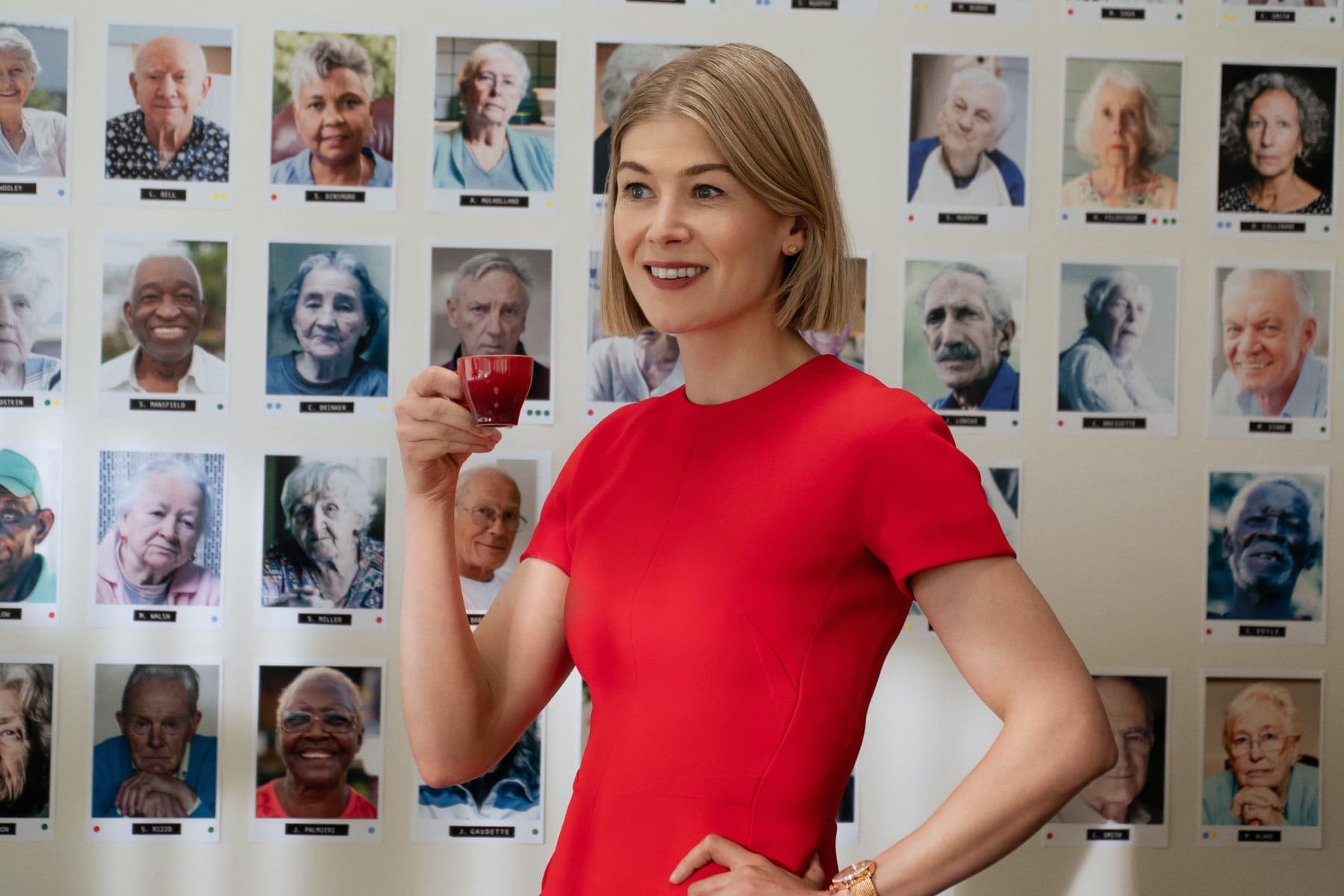 Read more: Arrowverse’s Batman Actor Has Been Revealed In Batwoman

Filmmakers and scriptwriters, please answer me this; why is it that we are seeing lesbian relationships as a sudden shock twist?

Lazy is the assumption that someone is heterosexual by default; it shouldn’t be so shocking.

I am in no way suggesting that there is anything wrong – just that it strikes me as being a bit cackhanded, almost to add in a dash of diversity, to add a ‘shock twist’ into films and TV programmes this way.

There are better ways, really, to add this detail in.

A Little Too Violently Grotesque At Times 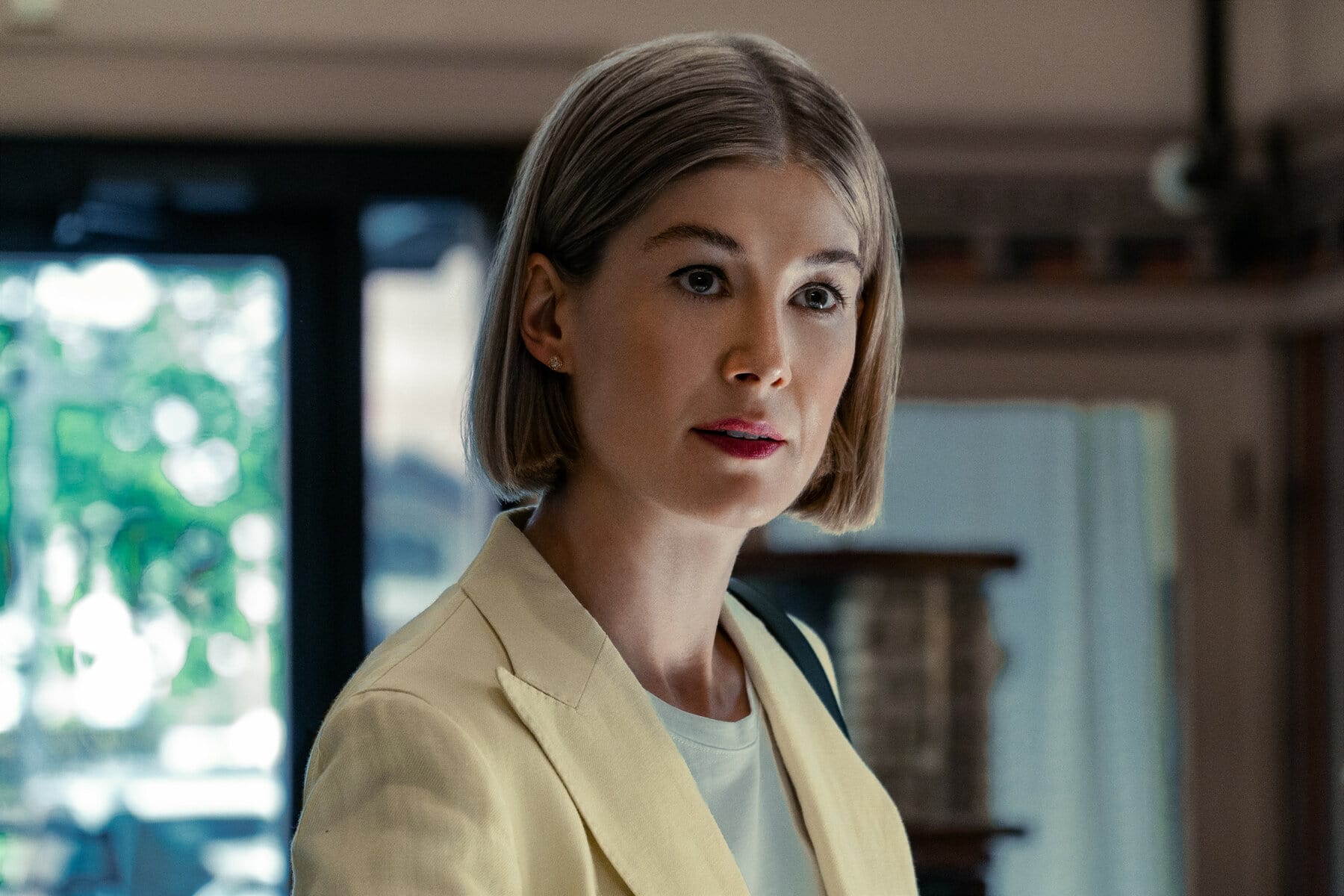 If you are someone who has not got a stomach for blood, guts and gore, you may want to think twice about watching I Care A Lot.

It is a bit violent – and involves an overdose of drugs involuntarily ministered in somewhat of an artistic manner.

I am terribly squeamish at times – not one for violence, blood, or anything like that.

Just be warned, as it did come off a being a bit off-putting.

Cut The Dialogue A Bit – A ‘Choppy’ Plot Would Be An Advantage, Helped By An Edit 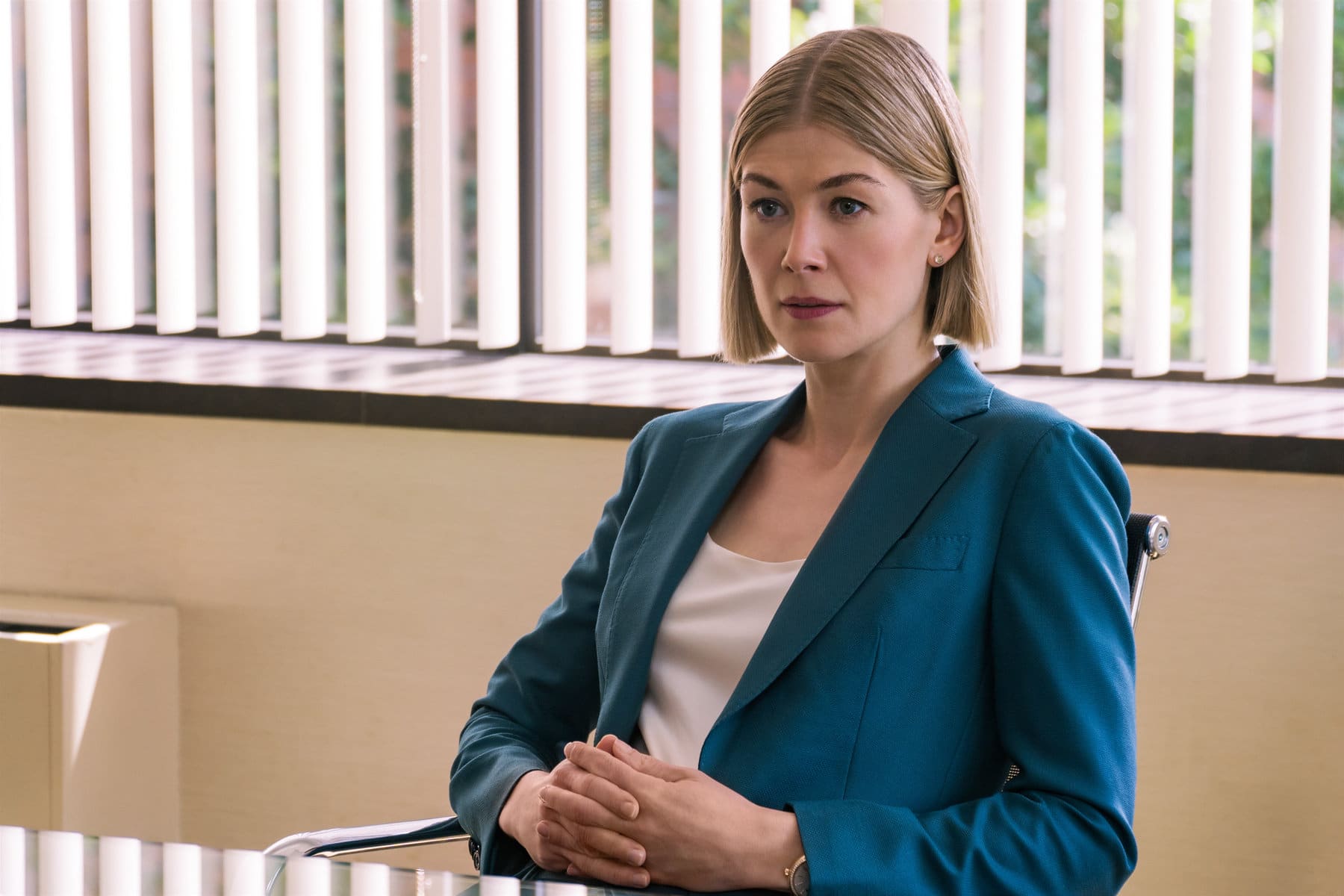 Read more: Should We Care About Transformers: The Last Knight?

It sounds like something someone of another generation would say; I Care A Lot can drag on a bit.

It would have perhaps have benefitted if it was a Netflix series rather than a long-form film.

At the very least, it could have been afforded more of an edit to add to the pace of the drama.

At times the dialogue was a little bit drawn out, as if to underline extra points that had been crammed into the script.

If you find your attention span drifting away, this indicates that there could be at east some content taken out.

Parts of I Care A Lot are a bit too drawn out to not be dreary or dull. 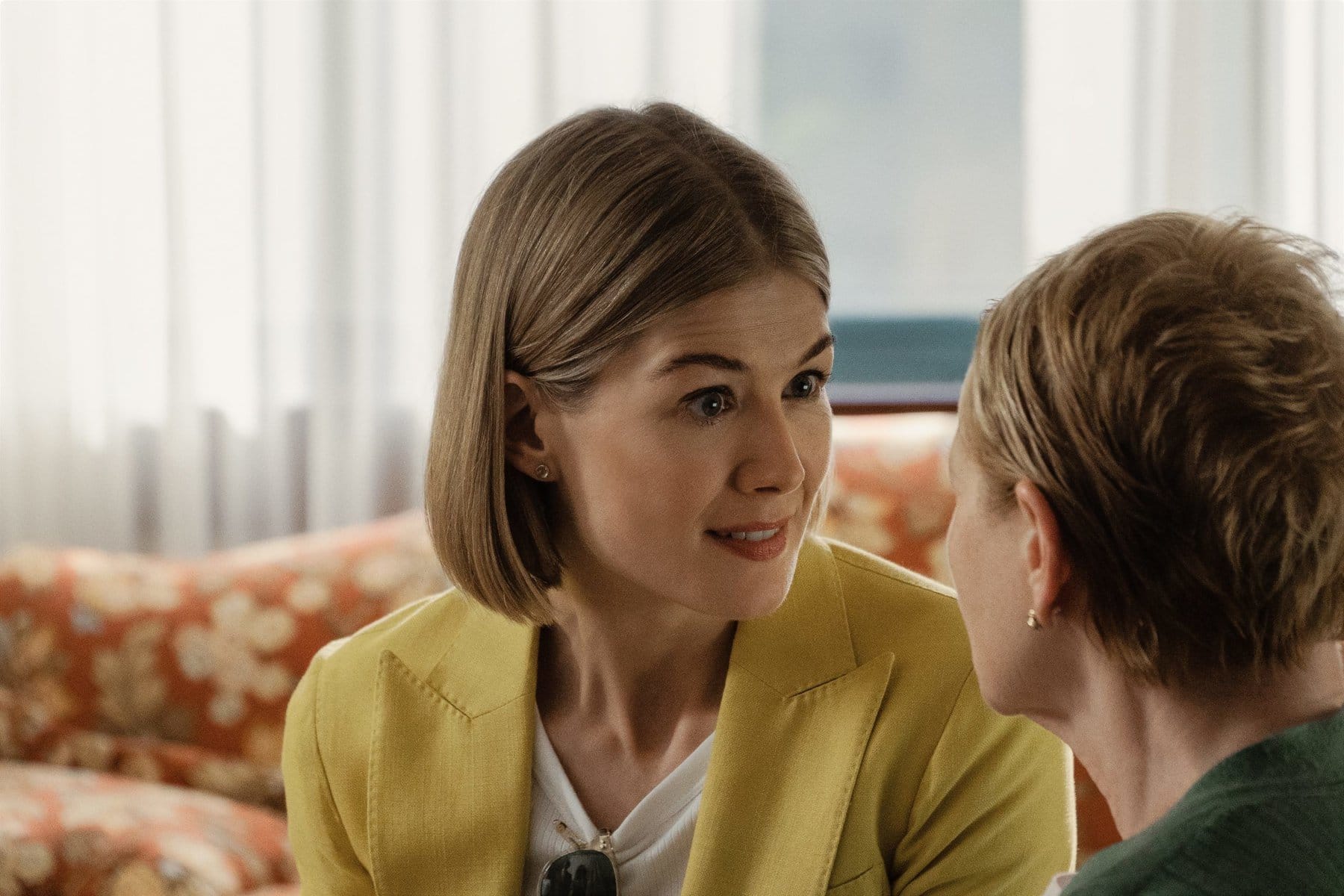 For someone who is viewing this from the UK, I Care A Lot prompts more questions than there are answers.

Granted, films are not made to answer questions – that is the work of a documentary – but it means I Care A Lot is entertainingly frustrating.

There are so many questions raised, and so many more left without answers.

If you are at the point where you tantalise and torment your viewers, there comes a time when you need some kind of resolution or at least redress.

Weist has this in a tiny, and not significant way to be satisfactory enough.

What About The Ending? 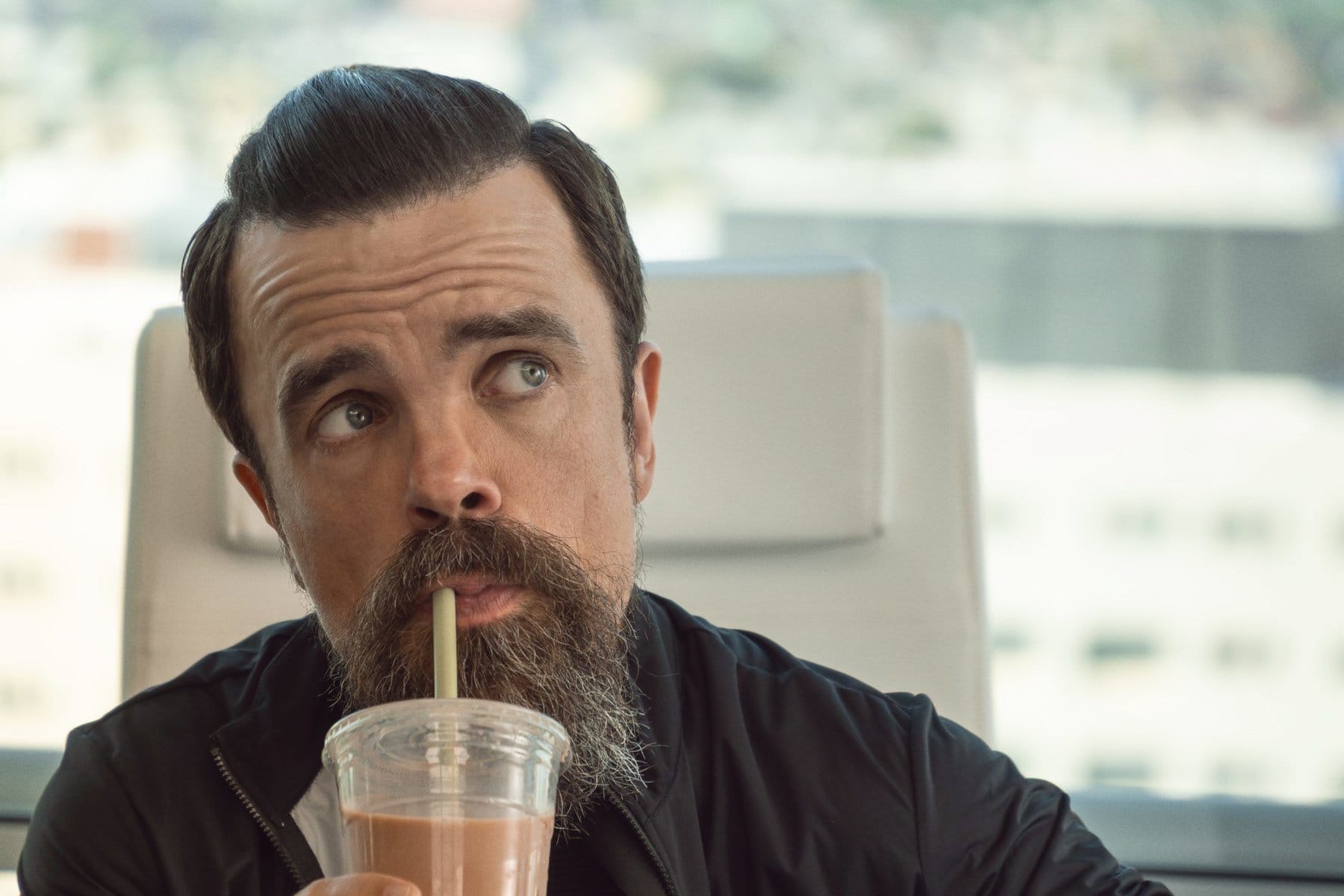 Read more: What Do Lucifer Fans Want To See In Season 5B?

I Care A Lot succeeds in that it has the least predictable ending you could possibly conceive of.

By this time in both of their careers, it is easy for Pike and Weist to go for roles that have predictability, to not challenge themselves when it comes to their portrayals of characters on screen.

Some actors rely on the routine of predictability; arguably you have this with programmes such as Riverdale and Coronation Street.

The characters of Pike and Dinklage team up to create an organised crime partnership.

They go on to create a mega conservatorship business that is trusted by judges, court staff, medical professionals alike.

Pike goes on to become an Oprah Winfrey type of character or even Sheryl Sandberg; with her effortless cool-girl chic style and winning, million-dollar smile, she is invited on to chat shows, and even appears on the cover of magazines.

She is the new wunderkind, someone who has a sense of magic, an aura, around her.

The darling of society, it is all of a facade.

No one saw that coming, let alone the Mafia-style partnership that enables her business to flourish.

There is no competition to worry about, let alone any sort of independent oversight or analysis.

And then, what happens?

A disgruntled relation of a patient captured at the beginning of the film confronts Pike, and – to no surprise at all – she is shot dead.

I Care A Lot is on Amazon Prime and Netflix now.