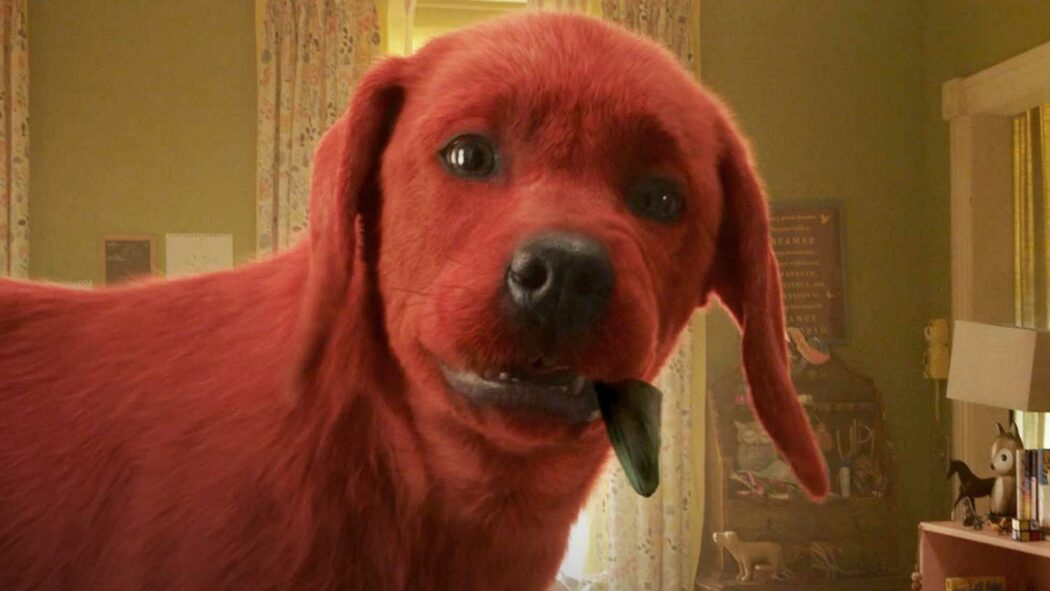 The new film, Clifford: The Big Red Dog has been doing incredibly well at the box office in the United Kingdom.

In the UK the film currently sits on $18m (£13m) with a worldwide total of $337m (£251m) which seems to add credence to the announcement of the sequel Part 2 being filmed shortly.

Speaking of the UK, a similar state of affairs here as Eternals took the top spot once again as above, No Time To Die has now surpassed $700m (£521m) worldwide.

Clifford: The Big Red Dog Is The 5th ever film in the UK to smash £90m

On Friday as the weekend, it began it successfully became only the 5th ever film to make over £90M ($120M) at the UK & Irish box office.

And this matches with where Bond’s international gross usually comes 80%.

The independent film of Princess Diana starring Kristen Stewart, Spencer, enters its second week of release in most territories.

In the UK the film vastly bombed and engaged a selective release strategy at a minute number (183) of sites and cinemas in its first week.

After the results of the past weekend £418k, STX look to have changed tact with a wide release, with many multiplex chains unexpectedly showing the film.

The dramatization had the second highest location average for any film outside of Eternals according to Comscore so let’s see what those final numbers look like.

Reports from cinemas are the film hasn’t been well received with audiences walking out in some circumstances so it’s certainly not the big hit we had hoped it would be.

We’ll have more of an update when the final figures come in early in the week.

Have you seen any of the films above?

What are your thoughts? Any surprises?

Let us know in the comments below we’d love to hear from you.