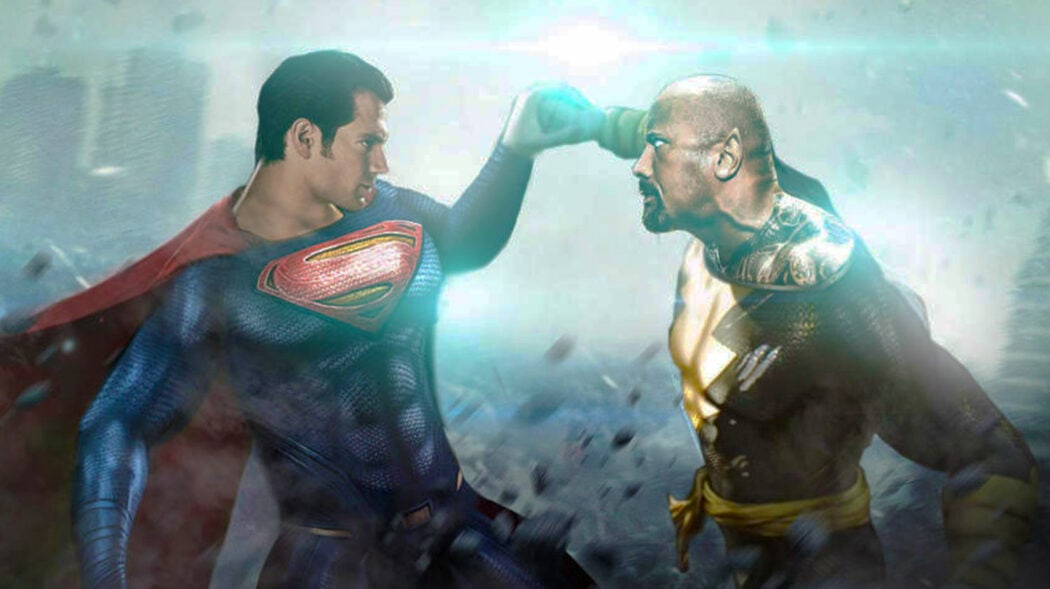 It’s been revealed to us that Dwayne Johnson is very keen on getting Henry Cavill’s Superman in a Black Adam sequel (aka Black Adam 2).

Johnson did actually reveal in an interview with Esquire that he’s trying to make Black Adam vs. Superman happen in the DC Universe.

Now, when he said this, he was referring to Henry Cavill’s version of the character.

How do we know this? Because he was reacting to an image of his Black Adam going up against Henry Cavill’s Superman.

Here’s what Dwayne had to say on the matter:

Black Adam fighting Superman? I would love for that to happen. I’ve always been a big proponent of that, especially considering Black Adam can kick the shit out of Superman. I think fans can anticipate it. I will continue to do the most that we can to try and make that happen.

Johnson went on to talk about the differences between Black Adam and Superman. Here’s what he said:

You know, what’s interesting about Black Adam is he has the speed of Superman, he flies like Superman, he has the powers of Superman. You know, Superman’s greatest weakness a lot of people think it’s kryptonite. Kryptonite if very powerful, but Superman’s greatest weakness is actually magic, and Black Adam is blessed with magic. And, all superheroes they have a code of ethics that they live by. Superman won’t kill anyone, but in Black Adam’s world, if you harm his people, or his family, or him, you die.

We were then informed by an insider that Dwayne Johnson and Henry Cavill have been trying to set this up for quite some time now.

Johnson and Cavill have been desperately trying to get Black Adam and Superman in the same movie. The idea is to have them fight in a Black Adam sequel.

The source then added that the problem has been on Warner Bros. Pictures’ end who still aren’t playing ball with Cavill as far as his Superman contract’s concerned.

Would you like to see Dwayne Johnson Black Adam and Henry Cavill’s Superman fight one another on-screen?