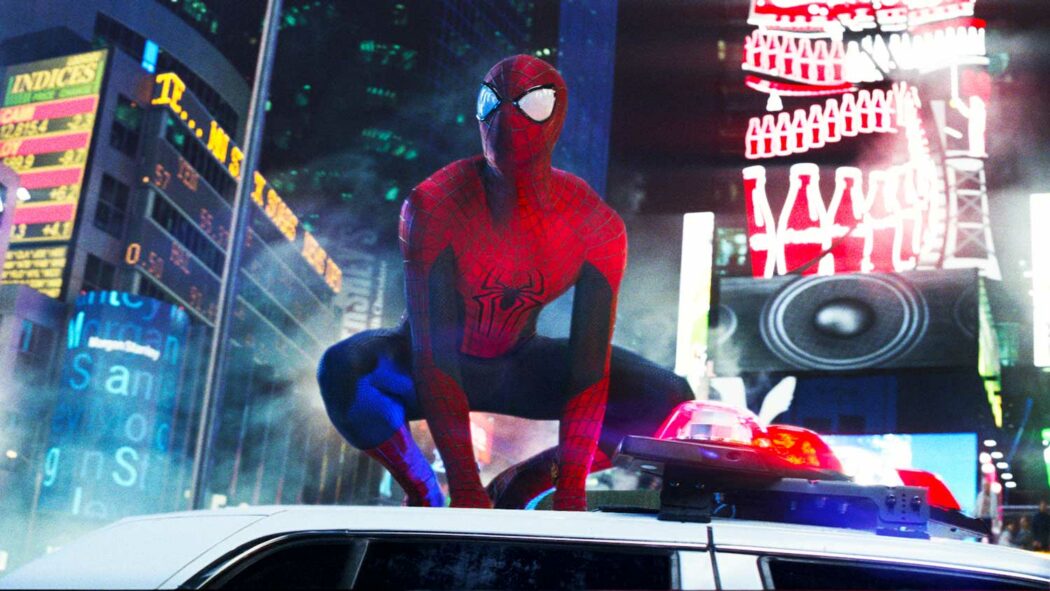 It’s been almost a month since Spider-Man: No Way Home swung into cinemas and that we all found out that Andrew Garfield and Tobey Maguire were in the movie.

Now that most audiences have had a chance to see it, Andrew Garfield has been speaking about his experiences making the film.

In an exclusive interview with Variety, Garfield has revealed there’s one line that he improvised.

In the film, the three Spider-Men team up to cure the Sinister Five of their villainous traits.

Just before they swing into action, Garfield’s Spider-Man says “I love you guys.”

Garfield has revealed that this line was completely improvised:

There’s a line I improvised in the movie, looking at [Maguire and Holland] and I tell them I love them. That was just me loving them.

Garfield went on to explain that there seemed to be a genuine bond between the three of them:

I think the first time we were all in the suit together, it was hilarious because it’s like just three ordinary dudes who were just actors just hanging out. But then also, you just become a fan and say, ‘Oh my god we’re all together in the suits and we’re doing the pointing thing!

The chemistry between Garfield and his fellow Spider-Men really comes across on screen and it made the film all the more enjoyable to watch.

Spider-Man: No Way Home is now playing in cinemas.