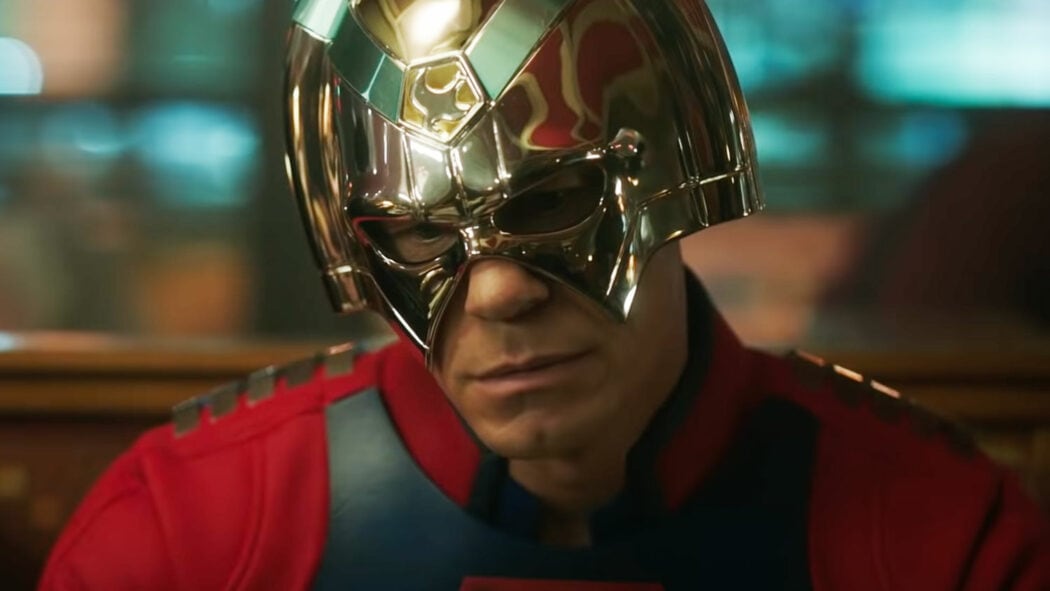 HBO Max has released a new sneak peek at the upcoming Peacemaker series starring John Cena and written and directed by James Gunn.

This series is going to be a continuation of Gunn’s The Suicide Squad and will focus on Cena’s Peacemaker.

The sneak peek also revealed that the show is going to be available to stream on HBO Max this coming January.

That’s not actually too long away and I am really starting to get excited to see this show.

You can check out the exclusive sneak peek from the show for yourselves below.

I just love seeing John Cena in that Peacemaker costume and they made a whole joke in the clip about the character never taking it off.

I love the fact that he refers to it as a “uniform” and not a costume.

So, what will happen after this HBO Max Peacemaker series?

Well, James Gunn has revealed that he is already prepping for another DC Comics project.

He will start work on this new DC Comics film or TV show once he’s finished making Guardians Of The Galaxy Vol. 3.

He’s working on the third (and probably final) instalment in his MCU Guardians of the Galaxy trilogy as we speak.

Sounds as though Gunn just loves to keep himself busy.

He wrote the scripts for the Peacemaker series whilst he was in lockdown.

I mean, the man never stops!

Are you looking forward to watching John Cena return as Peacemaker in this upcoming HBO Max series?