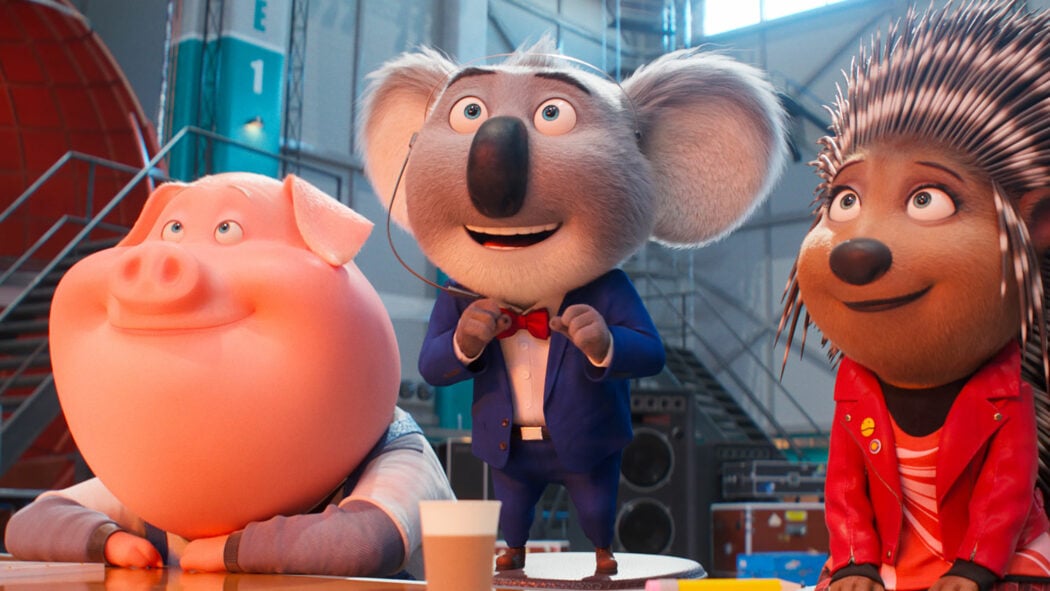 Sing 2 Storms To The Top Of The UK Box Office

Sing 2, the Universal Pictures sequel to the 2016 film has stormed to the top of the UK box office for the second week in a row with over £5.6m over the weekend.

It has a long way to go in the UK to beat the 2017’s release figures if £29.5m, but with half term looming on the horizon it’s probably not as difficult as it sounds.

Elsewhere in the UK we saw the return of Jackass to the big screen with Jackass Forever from Warner Bros Pictures, taking second place and a £2.1m figure ($2.8m).

Sing 2 is smashing it at the UK Box Office

Belfast, the Kenneth Branagh directed and widely tipped Oscar contender added another £1.5m ($2m) in its 3rd week for a total of £9m so far ($12m) in the UK.

Branagh who will also see his second film of 2022 released, another director role attached but also a starring role as Hercule Poirot in Death On The Nile on Friday 11th February.

Early reviews haven’t been kind but expectations are it will still perform well with audiences as Murder on the Orient Express did back in 2017.

Elsewhere Moonfall, the Ronald Emmerich sci-fi blockbuster took an estimated £1m over the weekend and into 5th place. It doesn’t appear Moonfall will set audiences alight so far at the box office and may become 2022 biggest flop.

Have you visited the cinema this week? What did you watch?

Let us know in the comments below, we’d love to hear from you