Doctor Octopus To Help Spider-Man In No Way Home? 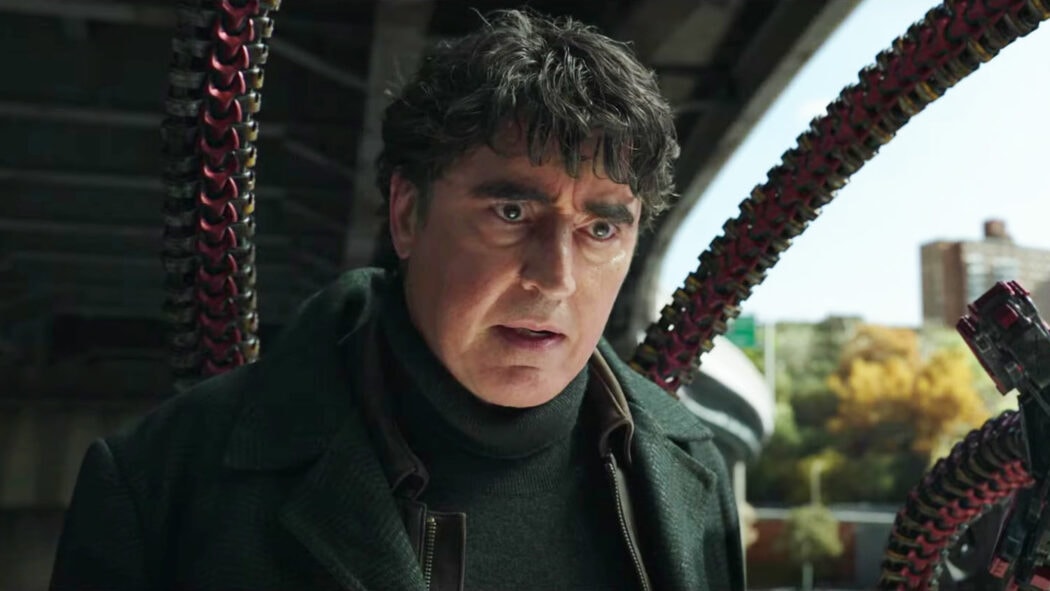 It’s being rumoured after the release of Spider-Man: No Way Home’s latest trailer that Doctor Octopus will end up helping Peter Parker in the movie.

But, why do people think that Doctor Octopus, one of Spider-Man’s most notorious and dangerous villains, end up helping Peter?

Well, it has to do with what’s said in the trailer, and also this particular version of the character.

Alfred Molina already revealed that the version of the character he’s playing is the same one from the Tobey Maguire Spider-Man movies.

This means that this Doc Ock will be the one who’s gone through everything he did in Spider-Man 2.

Remember that he managed to break free from the control of his mechanical limbs.

However, it does look like he’s back under their control in the Spider-Man: No Way Home trailers.

It also looks like he’s altered his mechanical limbs slightly for this movie.

Read more: Alfred Molina’s Doctor Octopus Is Rumoured To Be Returning In Spider-Man 3

The real reason why people think that Doctor Octopus might end up helping Peter is because at some point in the trailer, it looks like Peter and Doc Ock have a frank conversation about what’s going on.

It seems as though Doc Ock has been captured and might be held there by some Doctor Strange magic.

However, he doesn’t seem to want to kill Peter and his friends in this scene.

There’s also the scene when he’s fighting Spider-Man and he realises that this isn’t the Peter Parker he knows.

That might be the moment he breaks free yet again from his mechanical limbs’ control.

Who knows. I just think that Doctor Octopus won’t be an all-out villain in this movie.

It seems like the Green Goblin will be, which also makes sense.

There’s also the fact that Doctor Octopus is missing from the final battle scene between Sandman, Electro and Lizard on one side and Spider-Man on the other.

The Green Goblin is also missing from this scene, but I think a lot of characters have been removed from that particular scene.

Do you think Doctor Octopus will help Peter Parker out in Spider-Man: No Way Home?