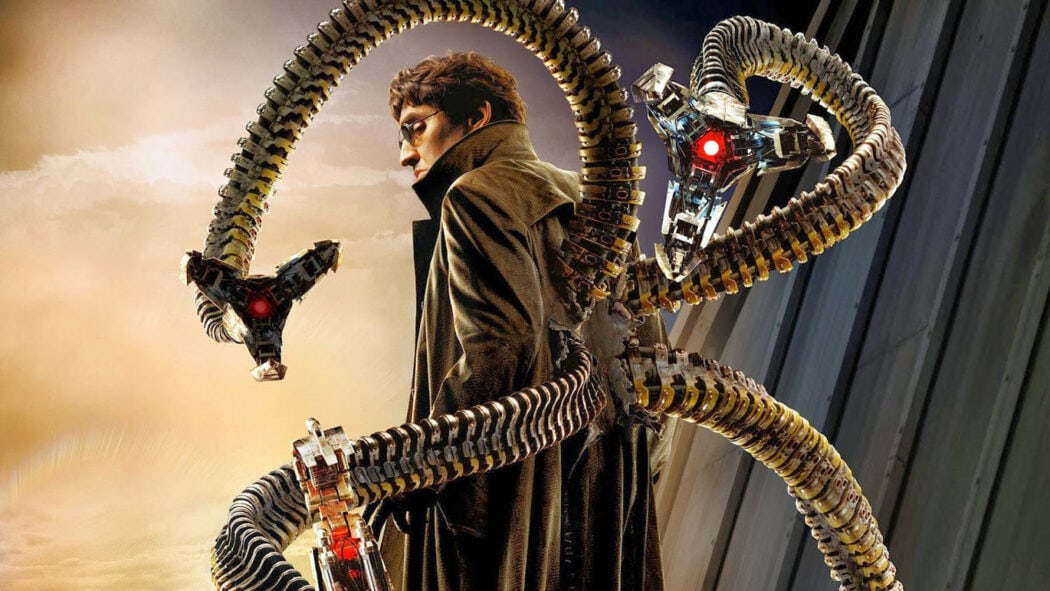 There’s a new pic that’s been released from the upcoming Spider-Man: No Way Home movie and it shows Doc Ock about to crush Spider-Man.

You can check out the image for yourselves over at Empire Magazine.

It looks like Alfred Molina’s Doc Ock is going to be fighting Tom Holland’s Spider-Man in this movie.

I also think that this version of Doc Ock might be too much for Holland’s Spidey to handle on his own.

If this picture is anything to go by, then it does seem as though Spider-Man has bitten off a bit more than he can chew in this particular part of the movie.

Now, could this be the moment in the movie when another Spider-Man swoops in to save the day?

Perhaps this other Spider-Man might have slightly more experience fighting this particular villain?

I’m just going to let that hang there for a second.

It’s going to be really interesting to see what ends up happening in this movie.

We’ve already revealed that one villain who won’t be back in No Way Home will be Paul Giamatti’s Rhino.

He won’t be part of the Sinister Six in this particular movie.

That means that it’ll most likely be Doc Ock, Green Goblin, Sandman, Lizard, Electro and then there might be a secret sixth villain to be revealed.

What do you guys make of this new Spider-Man: No Way Home picture?

Are you looking forward to seeing Doc Ock in action in the upcoming movie?