The Many Saints Of Newark Spoiler-Free Review 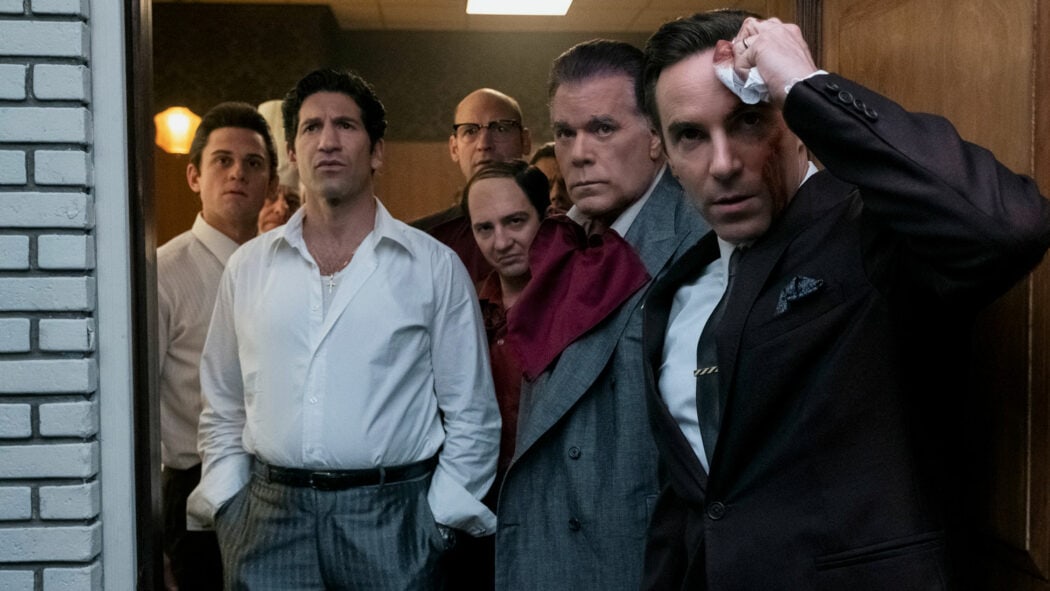 As a huge fan of The Sopranos, which ended in 2007 after running since 1999 and was infamous in both its critical reception and performances from the cast such as James Gandolfini, I was both excited and sceptical for the release of The Many Saints Of Newark.

On one hand, anything further in The Sopranos timeline would be amazing to watch, even after the sad passing of Gandolfini in 2013.

On the other, it’s such an iconic series, that has had such a huge influence on television, pop culture and Mafia or organized crime-related media ever since it would be hard to live up to.

Upon sitting down to watch the film I left my expectations at the door and viewed this as a non-Sopranos fan or at least, tried to at first.

The Many Saints of Newark has huge momentum as it’s written by David Chase who also created and wrote many episodes of The Sopranos.

It was a huge coup getting Chase involved in the project and it makes a big difference whilst watching the movie.

It also brought back Alan Taylor who had directed many acclaimed episodes of the original TV series in the director’s chair.

The Many Saints Of Newark has a great cast!

Read more: The Sopranos Prequel The Many Saints Of Newark Delayed

Much of the marketing and publicity drew attention to Vera Farmiga (The Conjuring Series), and Jon Bernthal (The Punisher/The Walking Dead) being on board.

Along with Michael Gandolfini (son of the late James Gandolfini playing the young Tony Soprano) expectations were already high with a strong cast. (Not to mention Ray Liotta)

The belief going into the movie was without prior Sopranos viewing you may enjoy it based on the strength of the writing, directing and performances alone.

And that’s the mistake. Within the first 10 minutes of the film even as a fan, I was struggling to work out who was playing who. Although eventually this was made more clear.

But if a fan felt this way, what hope would a non-fan have who brought themselves along based on the strength of the trailer, casting or even Soprano’s tie-in?

The film takes place across Newark as Tony Soprano grows up from a young lad to a high school senior, but the main focus is upon Dickie (Richard) Moltisanti and his ultimate demise.

Eagle-eyed fans or readers will notice this is the father of Christopher Moltisanti whom we later meet in the Sopranos played by Michael Imperioli.

Dickie also acts as the voice over, telling parts of the story. 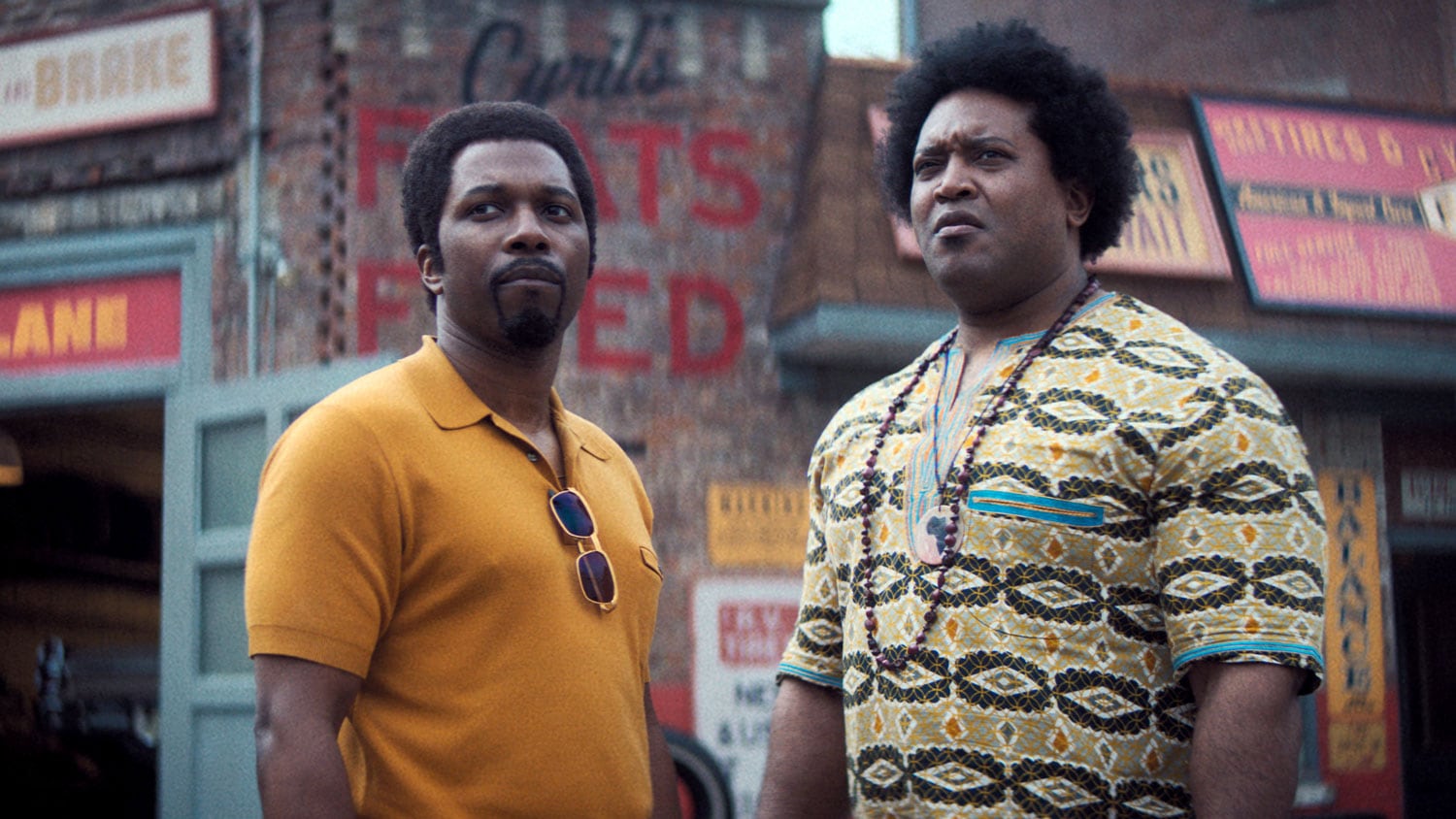 Read more: The Conjuring: The Devil Made Me Do It Spoiler Review

The difficulty within the film both for a fan and non-fan alike is the roles are so iconic, the mythology behind the series so strong that audiences spend more time going “look there he is” when a famous character or younger version is introduced.

The direction or be it the editing is a little chaotic in points, various plotlines intertwine but at such a speed it’s difficult to focus or really gain any understanding of what is actually happening.

If there’s ever been a film that iterates that a TV series is much better as a series, it’s this film. A limited series would have given much more time and justice to the story that David Chase was trying to create.

Instead, we get a mishmash and convoluted series of scenes and characters.

Whilst some capture the character and mannerisms of their older TV counterparts very well, John Magaro is brilliant physically speaking as Silvio Dante (played in the series by Steven Van Zandt), you can’t help but look at them as characterizations.

Other such as the incomparable Vera Farmiga shine. She manages to channels Nancy Marchand so well as ‘Livia Soprano’ in her brief screen time that she steals the show.

Commendable mentions go to Michael Gandolfini who has the impossible task of living up to his father James Gandolfini as Tony (albeit a younger version). Nearing the end of the film, he delivers such a menacing presence caused by but devoid of emotion that he truly becomes Tony Soprano.

Not a Fan Of The Sopranos? You won’t enjoy The Many Saints Of Newark 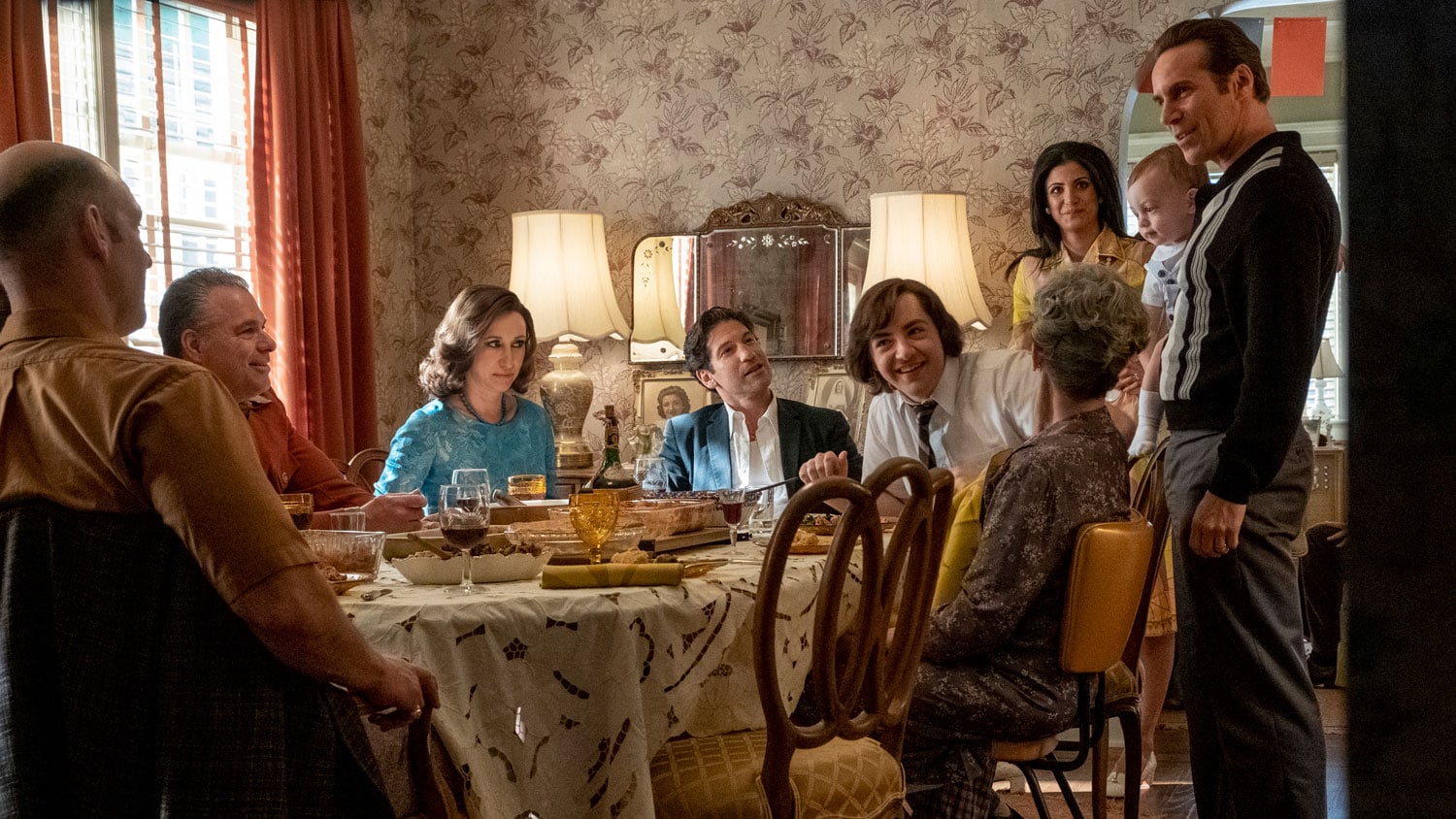 However, aside from some strong performances elsewhere, the film was a difficult watch & unless you have seen The Sopranos, I don’t think an audience would understand the film.

Or be looking out for iconic places, name drops, throwbacks or characters to enjoy the experience.

In the US the film will also release on HBO Max which is where most people will probably view it, and judging by Warner Bros. Pictures not creating any physical marketing material in the UK, they probably don’t assume much attraction from the general audience.

Vera Farmiga, Jon Bernthal and Ray Liotta are not in the film anywhere near as much as you may expect. We have some brilliant turns by Leslie Odom Jr and Alessandro Nivola but unless you are a fan the characters will struggle to keep you engaged.

The Many Saints of Newark is an absolute dream for Sopranos fans, with plenty of nostalgic throwbacks, scenes replayed that were mentioned in the series and characters returning (albeit younger).

As a result the pacing, weak structure & plot will be an allowable weaknesses. If you are heading to view this film without seeing The Sopranos, or perhaps drawn by the names Farmiga, Liotta or Bernthal alone you will be disappointed.

Not only are the 3 stars not in the film for very long, but without any prior knowledge, you’ll have no idea what is going on. And the film doesn’t welcome newcomers.

However, as a fan, it was worth a watch just once, and the ending credits will fill you full of nostalgia for 1999.

Have you seen The Many Saints of Newark? What did you think?

Are you a Sopranos fan? Let us know in the comments below.