Before we continue, I want to make sure I say that there are SPOILERS for The Mandalorian Season 2: Episode 4 coming up in the article. You’ve been warned.

The recent episode of The Mandalorian Season 2 (Episode 3, called Chapter 13: The Seige), seemed to hint at the beginnings of Supreme Leader Snoke. It all took place when Din Djarin and his friends infiltrate an Imperial lab.

Star Wars: The Rise Of Skywalker revealed that Rey’s father was a clone of Palpatine, and it was also revealed that Snoke himself was a clone. However, that was just revealed in a very brief shot of a Snoke head in a jar.

It was also revealed in Star Wars: The Rise Of Skywalker that Palpatine himself was a clone, and it seems as though The Mandalorian is now going to expand on that whole aspect of this new Star Wars lore even further.

So, what happens in this latest episode of The Mandalorian that makes us think we’re seeing the origins of Supreme Leader Snoke? Well, in the episode, Mando and his friends find tanks filled with deformed, humanoid bodies. 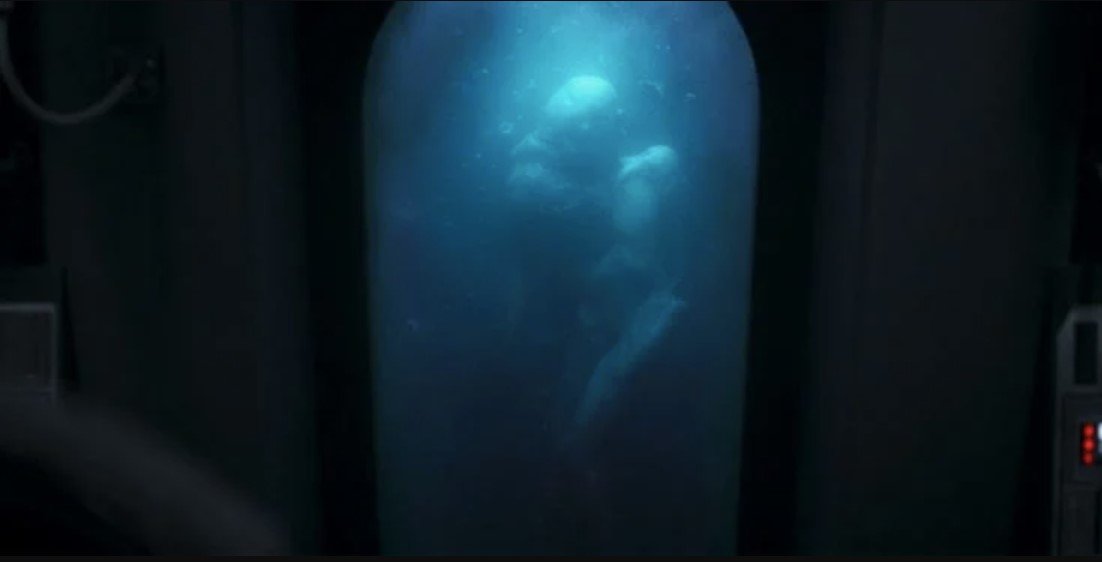 These tanks are found in an Imperial lab and these bodies do look a lot like Snoke. There’s also the theme that plays during this scene, which is very reminiscent of Snoke’s theme from Star Wars: The Force Awakens.

There’s also the fact that in this scene, there is a hologram of Dr. Pershing’s (who was ones of the guys who hired Mando to get Baby Yoda in the first place), and he provides significantly more insight on the experiments themselves.

He reveals that they were using Baby Yoda’s blood since it has a high “M-count,” for blood transfusions, but so far the experiment has failed because the body rejected the blood. He has also used up his supply and doesn’t believe they’ll be able to find a better donor than the Child.

He must be referring to midi-chlorians when he says “M-count” and the bodies in the tank are the same ones that received the unsuccessful blood transfusions.

It seems like we might be about to see Palpatine create Snoke in The Mandalorian, which makes sense to me. I’m also pretty sure that he’s going to be the main villain behind this whole show.

What do you make of this news? Did you spot the Supreme Leader Snoke cameo and origin story in the recent episode of The Mandalorian Season 2? Let us know your thoughts in the comments below.